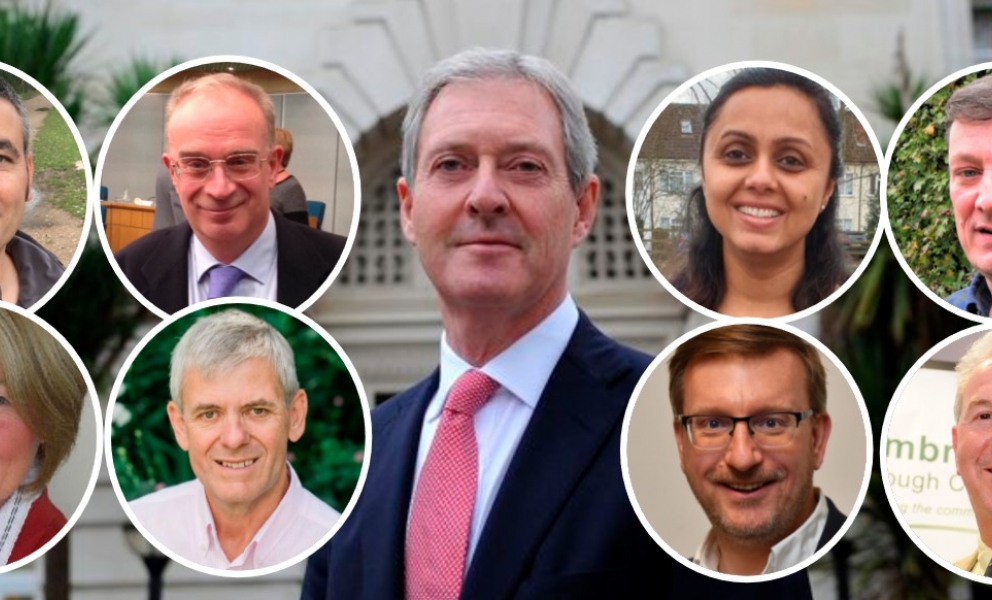 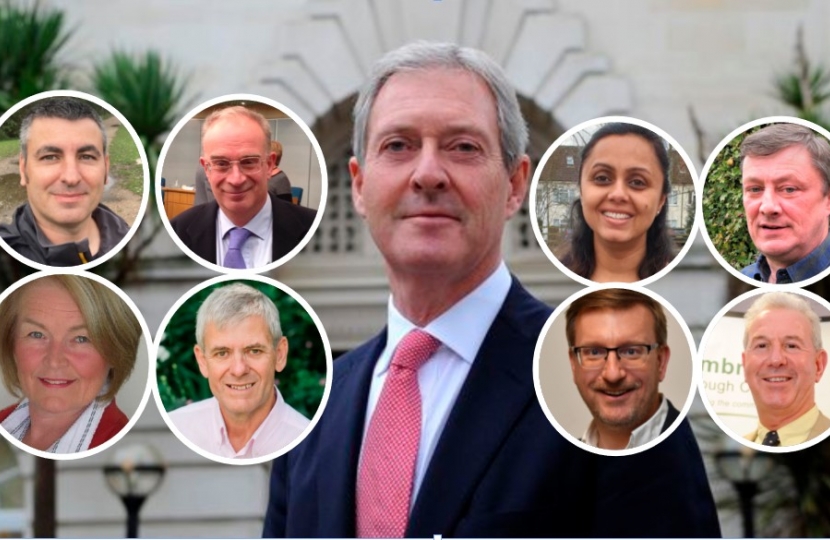 Elections will be held on Thursday 6th May for the nine Elmbridge seats at Surrey County Council - below are your Conservative candidates.

David was first attracted to live in Cobham by the cherry trees on the Tilt and the River Mole. As County Councillor he will stand up for Cobham. As an Elmbridge councillor David has robustly defended our Green Belt and at Surrey he will ensure that roads and footpaths continue to be improved and that the Council's investment in flood prevention projects will benefit the area. David supports strengthening the local economy as the best way to ensure a thriving community and good local services.

Nicholas has lived in Long Ditton for 16 years and understands the needs of the local community. If elected County Councillor he is committed to making the Dittons better. He will secure investment to repair and improve roads, tackle congestion and support schools. Nicholas has worked for some of the UK's largest food retailers in senior roles - he currently advises small businesses - and will use his commercial background to help the Conservatives at Surrey to continue their prudent transformation of services. Nicholas will support the planting of more trees in the Dittons and promote walking and cycling, as well as protecting the Green Belt.

Steve is an experienced borough councillor for East Molesey who has a reputation for being a highly visible and active councillor, taking up his residents' issues and delivering results. He worked in local newspapers for many years and uses his journalism background to produce The Molesey News and The Esher News publications to keep residents informed, as well as being visible and contactable on social media. If elected to Surrey, Steve will provide a joined up service for residents across both councils' responsibilities. His priorities as a Surrey County Councillor will be to secure investment for our local roads, tackling congestion in Esher and improving safety outside schools.

John's approach since first being elected a councillor 30 years ago has always been, "stand and fight for Hersham" and getting things done by working in partnership with residents and fellow councillors. Since being elected to Surrey County Council in 2017, John has fulfilled his promises by getting 15 roads either fully resurfaced or extensively patched, improving and extending Hersham's 555 bus service, and addressing residents' highways concerns through three parking reviews. If re-elected he is as enthusiastic as ever to keep putting Hersham first. John is also a former leader of Elmbridge Council where he froze council tax for four years, and cut waste and inefficiency while continuing to properly fund front line services.

Mark Sugden is our candidate to represent Hinchley Wood, Claygate and Oxshott at Surrey County Council. After an international business career, Mark moved to Claygate in 2007, where he joined the Parish Council, currently serving as its Chair. He regularly raises issues on behalf of residents at the Elmbridge Local Committee of Surrey County Council. He is an ardent supporter of the local Green Belt and protecting vital community services, as well as presses for more local school places, strong law and order and safer, better highways. Mark said: “Despite challenging times, I will do all I can to make a difference for residents and build a brighter future.” Mark works closely with many local organisations and volunteers in the area, who, with unwavering commitment, make such a difference to our community.

Rachael has served Walton since 1997 and is always ensuring that residents' views are heard. She established regular surgeries at Walton Library, and will continue to fight for local school places. In regards to the Walton Heathside secondary school opening in 2022, Rachael ensured local councillors will have oversight of the school's parking plan before occupation. She is a Trustee on the Charity of Robert Philips and runs the Elmbridge Community Fishing Academy for 18-16 year olds. If re-elected as Surrey County Council for Walton, Rachael will actively support business groups, the voluntary sector, while ensure Walton's roads and pavements are safer and in good order.

Tony is proud to have served residents of Walton South and Oatlands since 2010. As a local lawyer, his experience has enabled him to serve the community and solve problems. Tony has served in the Surrey Cabinet since he was elected and has been Chairman of the Council since 2018. This has allowed him to work closely with Surrey's voluntary organisations and he will continue to support them. Walton South and Oatlands has high levels of air pollution, and Tony will be vociferous in his support for mitigation measures. The well-being and safety of his residents will be his top priority if he is re-elected.

Charu believes in community and lets her actions do the talking. She has been active through the pandemic supporting Molesey residents by delivering Meals on Wheels, helping at the Molesey Foodbank, volunteering at the vaccination centre, cooking for the homeless at Night Shelter project in Molesey, and assembling a team of volunteers to sew PPE. Charu is already an experienced borough councillor and at Surrey she will secure repairs for local roads and address residents' concerns around safety, in relation to street lighting.

Tim pledged to do something about local roads in Weybridge when he campaigned for election four years ago. Since then, many of the main roads have been resurfaced as well as pavements. Tim has ensured that there have been significant improvements, and will go further if re-elected. As Weybridge's local representative and as Leader of Surrey County Council, Tim is heavily involved in planning the rebuilding of the Weybridge Health Centre and redeveloping the library site into a community hub. Tim sees an opportunity to create a campus of outstanding community buildings. His priorities going forward are to develop a masterplan to tackle congestion in Weybridge town centre and to regenerate the high street.