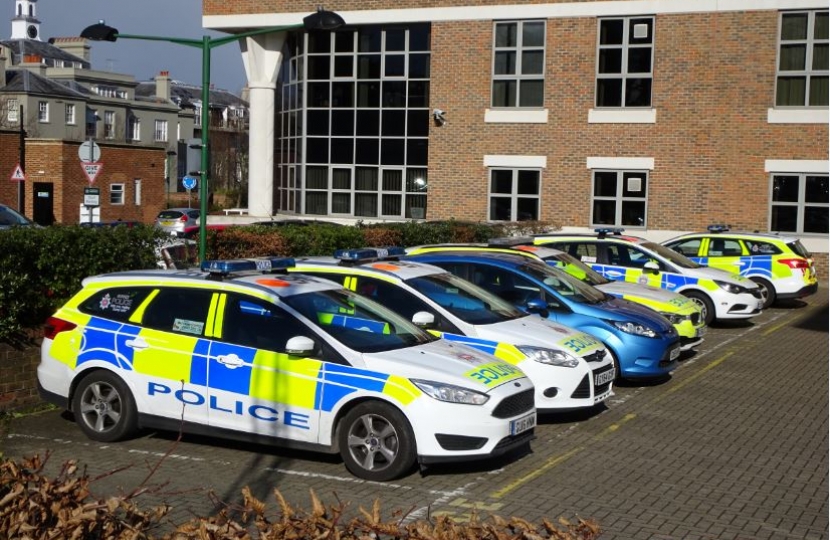 He gave us a comprehensive perspective of activities the police have underway to address the spike in burglaries and the progress they are making. After a long term reducing trend, recorded burglary in Surrey and nationally has started to rise this year and gangs from outside the area targeting Elmbridge. The crimes are typically opportunistic, non-violent, ‘quick in and out’ seeking items such as cash, watches and jewellery. Crimes are typically carried out between 4pm and 10pm.

Surrey Police has launched Operation Spearhead which includes the deployment of extra overt and covert resources to beat the burglars. A number of arrests have been made so far this year. Additionally, Surrey Police is offering the services of specialist ‘Designing Out Crime Officers’ to liaise with victims and the community to improve security, and it has also increased its use of social media and “In the Know” emails to raise awareness.

Simon Waugh, our candidate in the Esher ward, said: “It is not only the Police who prevent crime. There is nothing better than a community that is engaged, vigilant residents who look out for each other and report things that look out of place. I would urge residents to report anything suspicious by dialling 101 or, for genuine emergencies call 999. The police will never criticise someone for calling the wrong number in good faith. We all need to consider whether our own home security arrangements are effective and appropriate. In many cases, big houses with expensive contents have inadequate security, which increases the risk of becoming a victim.”

Residents should consider such issues as: window and door locks; remote monitored burglar alarms; security cameras, security doorbells; access, particularly from the rear of properties where ladders, garden furniture and single-story extensions have all been used to gain entry.

To request a visit from ‘Design Out Crime Officer’ Mike Bessent, who can provide free bespoke home security advice go to: https://www.surrey.police.uk/elmbridge/esher-claygate