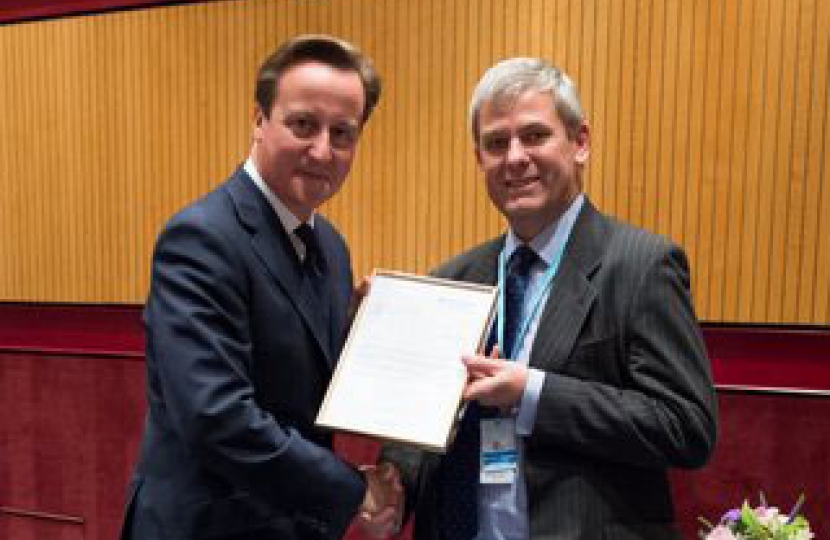 Happy New Year! I do hope that you all enjoyed the festive season and that your celebrations were not affected too badly by the severe weather experienced across Surrey.

As my three year term as Chairman of the Esher & Walton Conservative Association comes to an end, I have been reflecting on the achievements for which the Party can claim credit. Three years ago, few commentators gave the Coalition much chance of survival and yet, as we enter the last full year of this Parliament, there is every indication that it will remain in place until the General Election.

This stability has enabled the Government to take the difficult decisions to repair the damage inflicted upon the country by thirteen years of Labour misrule. Who would have imagined three years ago that the economy would be one of the fastest growing in Europe, the number of people in employment would be at record levels and unemployment would be falling at faster rates than predicted by most economists? Clearly there is more to be done to embed the economic recovery and this means working to elect a Conservative Government in 2015.

Conservatives have been successful locally. In 2013 we bucked the national trend and increased the number of Conservative candidates elected to Surrey County Council. At Elmbridge, the Conservatives have continued to manage the Borough Council in an efficient and cost effective manner whilst providing a high standard of services.

Elections to the European Parliament and Elmbridge Borough Council will take place on 22nd May 2014 and local Conservatives will be working flat out to ensure that the Conservative candidates are successful. Your help in these elections will be critical.

Over the last three years, the Association has organised a varied programme of events. There is an active Conservative Political Forum (CPF) for those members interested in policy and a Conservative Women’s Organisation (CWO). Work is underway to establish a Conservative Future (aka Young Conservatives) organisation.

I would like to thank you all for your ongoing support. I urge you to renew your membership and I look forward to working with you during the year.