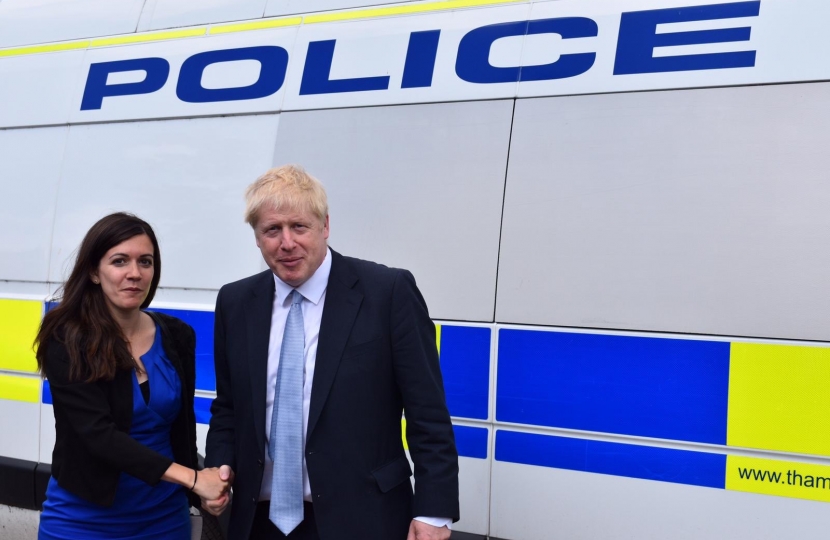 She is an experienced criminal lawyer who has managed teams of solicitors, including at Kingston Crown Court. Her top priority, if elected in May, will be to secure Surrey’s share of the 20,000 extra police that Boris Johnson has promised.

Charlie says: “People tell me on the doorsteps that they rarely see a police officer. That has to change. As well as recruiting more
officers, I’ll make sure that they all walk the beat, regardless of their rank, and that people are made aware of who their neighbourhood
officers are. I want the public to feel confident about passing on information about criminal activity, knowing it will be acted on.”

The PCC role is similar to a local Home Secretary. They set the budget and strategic direction for Surrey Police - and they hold the Chief Constable to account on behalf of residents.

Charlie is originally from Melton Mowbray, “a market town with a strong community feel”. She speaks two foreign languages and has previously worked for the Red Cross, as well as served as an elected councillor in Merton Borough. In her legal role she has visited defendants in prison, providing her with a good insight into the impact of drugs and poor mental health as triggers for criminal behaviour.

If elected, she will also ensure that more police are on duty on Saturday nights and that burglary victims get a same day visit. She is keen to focus resources on tackling drugs gangs who operate cross borders and target vulnerable young people. And she will hold regular surgeries to find out people’s concerns. “I want to be visible and accountable to Surrey’s 1.2 million residents,” she says.

Update from the Prime Minister on our fight against the coronavirus

The Prime Minister's speech on 28th May 2020, about the country's fight against coronavirus