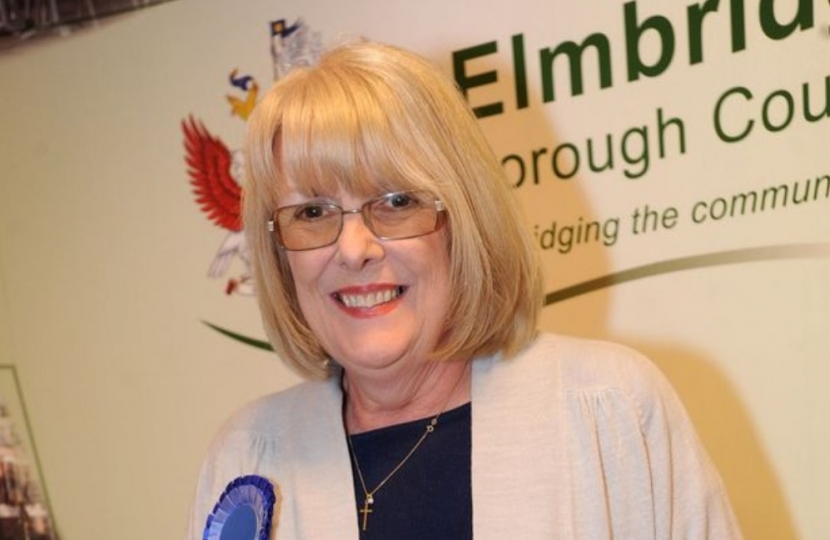 It is with great sadness that we announce the death of our friend and colleague of many years, Councillor Dorothy Mitchell, following a long battle with illness.

James Browne, Leader of the Elmbridge Conservatives and Dorothy's fellow ward councillor in Cobham and Downside, said: "Dorothy and I have worked together for the past 13 years but her service to the people of Cobham, Elmbridge and Surrey as a whole goes back for more than three decades. She was a generous and supportive colleague, a tough defender of the interests of local residents and a dedicated public servant who will be sorely missed."

Dorothy served the people of Cobham for an amazing 38 years as their councillor. This included spells in the Cabinet, most recently overseeing the Transport brief. She was Mayor of Elmbridge for the 1991/92 municipal year and also represented Cobham at Surrey County Council for eight years until 2009.

Dorothy, who was widowed, is survived by her children and grandchildren.

Our thoughts are with her family and friends at this time.