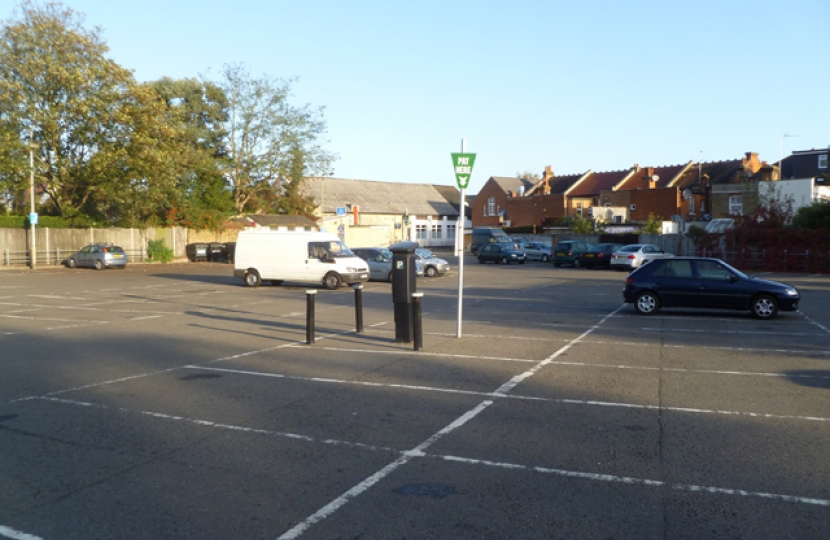 Elmbridge's new coalition administration appears to be back-tracking on an election promise to introduce free car parking in the borough.

In the run up to May’s full council elections (where all 48 seats were up for grabs) the Residents Association Group criticised the Conservatives for putting up charges to cover the cost of maintaining car parks and pledged that, if returned to power, it would “review the level of car park charges” and to scrap them altogether on Saturdays.

But at July’s Full Council meeting the Coalition’s Cabinet Member for Transport, Liberal Democrat Cllr Andrew Davis, refused to say when or even if free parking would be introduced.

Instead he gave a long-winded reply to a question from Conservative councillor Dorothy Mitchell, saying he was “working closely with officers to review car parks across the borough – their usage, the revenue and the value.” He added that until the study was complete he could not “comment or speculate” on free parking.

Cllr Mitchell asked: "Will he please confirm the date that free car parking will be introduced and which Elmbridge car parks. Will he also confirm what the cost will be to the tax payer and whether he intends to increase council tax to replace the loss of income?”

She pointed out that when she held the transport brief, officers carried out a study and determined that the price of free parking could run into hundreds of thousands of pounds. Moreover, before charges were introduced there was no churn in Elmbridge car parks on Saturdays because shop workers would fill the spaces, but charges improved trade as shoppers had places to park.

Cllr Mitchell further challenged the Coalition spokesman, saying: “Do you not agree it was perhaps slightly irresponsible for this sort of promise to be made at the beginning of this administration when you didn't know what the figures were going to be or what the effect of that would be and also what the effect is going to be on Saturday trading?”

Esher Conservative Cllr David Archer said the only town centre in his ward was the only one in the borough which has a race course. “If free parking were offered on Saturdays when there was racing the car parks would be rammed-jammed first thing in the morning until late at night,” he said.

The Residents group had been scathing of Conservative plans for stepped increases in parking charges to cover the cost of maintain the borough’s car parks, though they have yet to say whether they will keep to the plan or scrap it now they are in power.

For all their complaining, it was RA group which introduced parking charges in Elmbridge a decade ago. Hersham councillor Roy Green had been the cabinet member responsible and he had little sympathy for residents who opposed the policy.

Speaking to the media at the time he had suggested objectors should think themselves lucky the council was even providing car parks at all. ʺAt the end of the day the council is under no statutory duty to provide car parking. We could shut all the car parks and sell them off if we wanted to,” he had said.