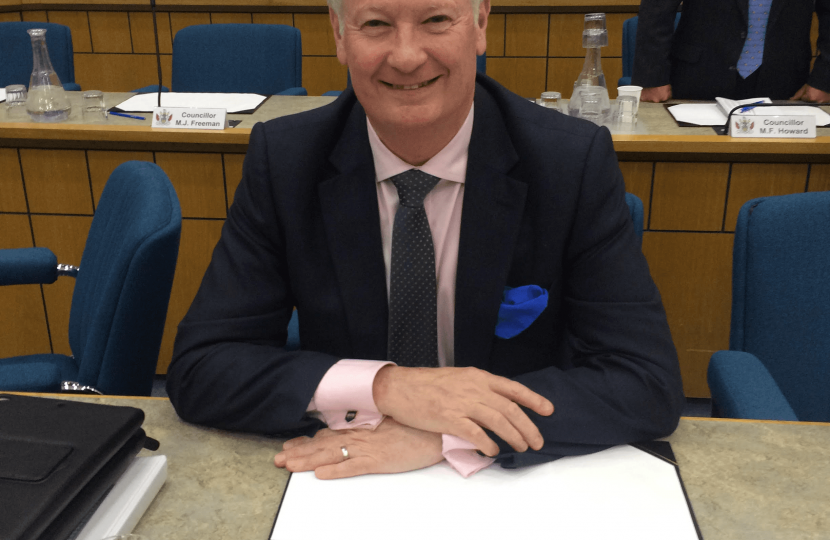 Weybridge Conservative Councillor Simon Foale (pictured) likened the Leader of Elmbridge Council to a Harry Potter villain at an exchange in the Council chamber last week.

Councillor Foale asked whether it was compatible for Stuart Selleck to sit on the Council's Audit & Standards Committee while also holding the post of Leader, as effectively he would be scrutinising the financial performance of his own Administration.

He said: "I have to ask why the Leader feels that he has to sit menacingly on the Audit and Standards Committee like a real life Lord Voldemort? For the Overview and Scrutiny Committee the Council has made it clear that “no Councillor can be involved in scrutinising a decision they have been involved in making” and this good practice should surely also apply to the Audit and Standards Committee."

Cllr Selleck, who heads a Coalition of seven residents groups and the Liberal Democrats, attempted to justify his inclusion in the committee on the basis of his years of membership and experience. Finally he agreed not to take part in a vote without consulting the Chairman of Audit and Standards, Lib Dem Councillor Alex Coomes and suggested he may step down if the Council legal department or Chief Executive decided it was appropriate.

Cllr Foale, who spoke at the Full Council meeting on July 20, added: "He is the Leader of Elmbridge Council, a role that requires setting an example of the highest standards. The Civil Servants code requires integrity, honesty, objectivity and impartiality and he should be setting an example. Does he not trust his assortment of residents groups or is he scared that the honesty, integrity and impartiality already demonstrated by his Liberal Democrat Committee Chairman will expose the flaws in his coalition of coalitions?"

Go here to watch the webcast of the Full Council meeting.