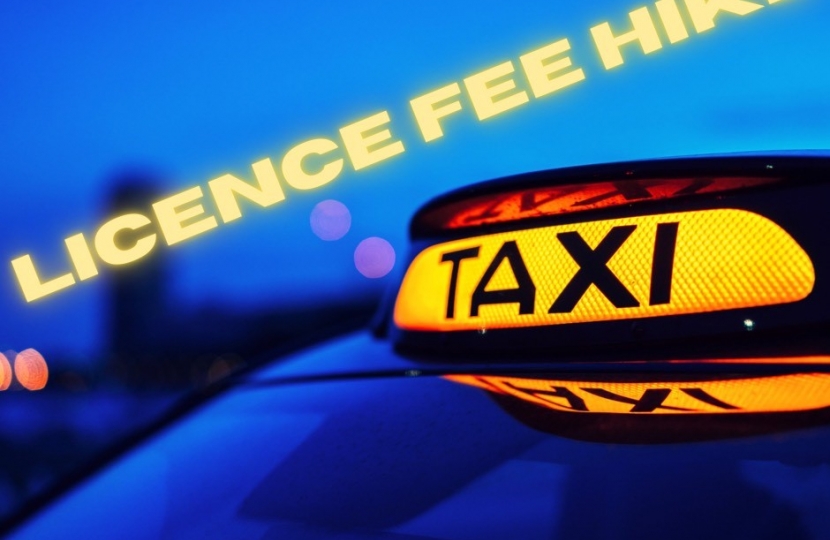 Elmbridge taxi drivers face being ‘taken for a ride’ by our Liberal Democrat and Resident Association run Council.

At a meeting of the Licensing Committee on 20 September, councillors were presented with proposals for a 55% increase in the annual license fee paid by our cabbies and private hire drivers, and a 62% rise for new applications, as the Council attempts to cover its regulatory costs.

The proposals fly in the face of Lib Dem slogans issued at the May elections that it was ‘Time to Care’ about the borough’s residents.

Thankfully Conservative councillors successfully applied the brakes to the hike and argued that any increases must be staggered to allow drivers a chance to bounce back from the pandemic.

Councillor Charu Sood, our Shadow Environment spokesperson, said: “There has been no business for these taxi drivers due to Covid so now is not the right time to hit these drivers with added costs.”

Her Conservative colleague Councillor David Lewis added: “Over last 18 months the taxi and private hire industry has been one of the hardest hit sectors in the economy. Recovery is a slow process, and the level of trade hasn’t returned to pre-Covid levels. To even suggest we are going to increase fees and charges at this stage by the amount we’re talking about would be wrong.”

The meeting heard from Elmbridge officers that there were no electric or biofuel licensees currently.

Our councillors successfully argued for the proposals to be deferred so that the Council’s Licensing Department can simplify the structure of the increases and spread them over a longer period, as well as looking at how we can incentivise ‘greener’ vehicles.

Revised proposals are expected to come back to the Licensing Committee in November.