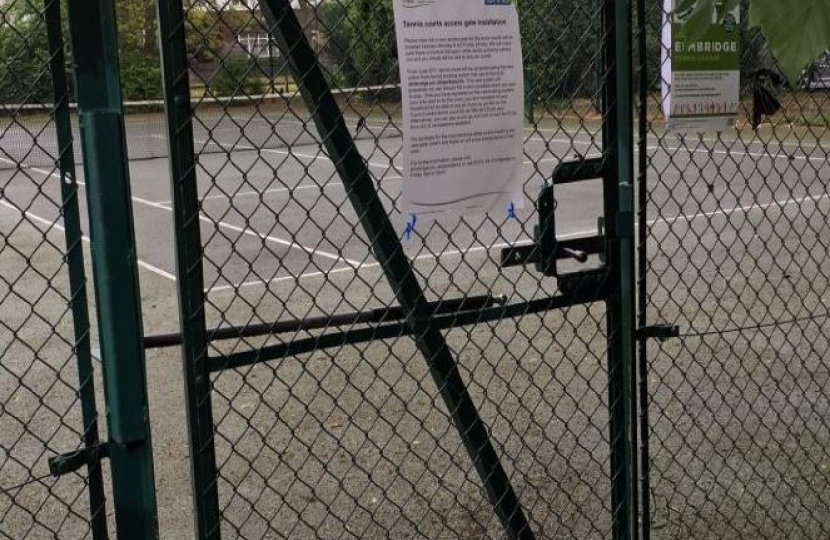 The new Conservative administration at Elmbridge Borough Council has announced that the Elmbridge ‘tennis tax’ will be suspended for six weeks over summer. The charges, to use all public tennis courts in the borough were introduced by the Residents’ Associations political parties and the Liberal Democrats when they ran the Council in 2017.

At a meeting of the new Conservative Cabinet at Elmbridge Council on 4 July, Walton South councillor Malcolm Howard, Cabinet Member for Leisure & Culture, announced proposals to suspend the charges from 20 July to 2 September.

After the meeting Malcolm said "I’m glad we’ve been able to arrange a summer promotion for our tennis courts. This wouldn't have happened without a Conservative administration. A full review of the long-term future of the charges will take place later this year."

The proposals were ratified at a meeting of the Full Council on 18 July.

Cllr Christine Richardson, who was elected to the Council for this first time this May, said "The tennis tax was second only to potholes in being the most raised issue on the doorstep in Walton Central during my election campaign. I’m delighted we’ve taken action already to suspend the charges over summer. My wish remains to have the charges scrapped once and for all."

To book a tennis court, go to - https://clubspark.lta.org.uk/TennisInElmbridge