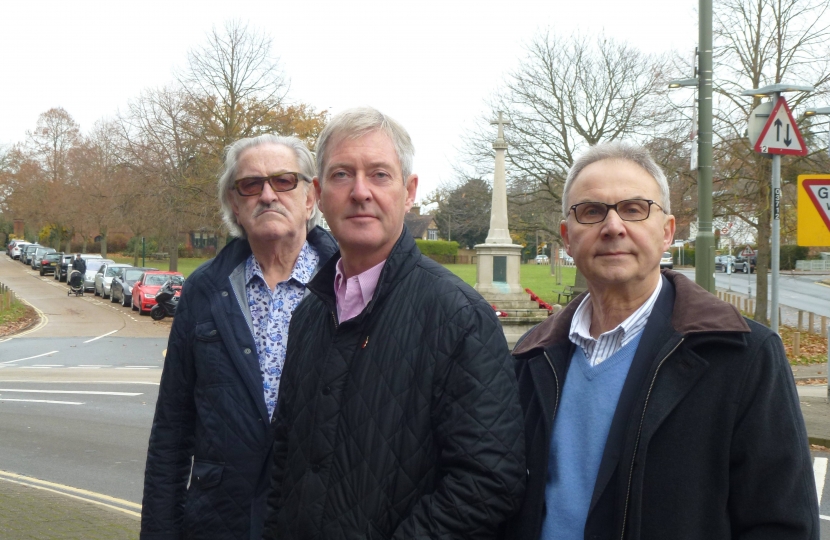 Esher's two Conservative councillors have commissioned a traffic study to work out why the town centre is so badly congested.

Councillors Tim Oliver and David Archer successfully lobbied Surrey County Council to commit £50,000 to a review which will examine the traffic flow through Esher town centre and all the key pinch points. These include  key junctions, Milbourne Lane and Copsem Lane, the congestion around the Bear traffic lights, and at the Scilly Isles. It is also evaluating speeding concerns on Esher Road and More Lane.

Tim, who is also Leader of the Conservative Group at Elmbridge Council, said: “We have got to get to the bottom of what is causing the high levels of traffic and congestion in Esher and whether there are changes we can make. It will help to understand the nature of the traffic, whether it is coming into Esher or going through Esher for example to get to Kingston.”

Though cautious about prescribing solutions, ahead of the review, Tim said he would personally be keen to explore options for a new slip road from the Hook roundabout onto the southbound A3, because, he said, “Currently if you want to get back on the A3 you’ve got to go through the centre of Esher.” The possibility of reversing the flow of the traffic around the Esher one way system could be looked at by the review.

The team also hopes a solution can be found to tackle the dangerous junction at the war memorial between Lammas Lane, More Lane and Church Street, where there were two collisions in two days back in July. During the same month, Cllr David Archer’s PA was in a collision at the blackspot which was featured in the Surrey Advertiser newspaper.

David said: “We see a crash a week there. It’s crazy. I’ve said for so long now there is going to be a death here. I hope it doesn’t take that before something is done.”

Surrey highways officers have had discussions with councillors and will evaluate proposals in the next few months, with their recommendations expected in the first quarter of 2017.