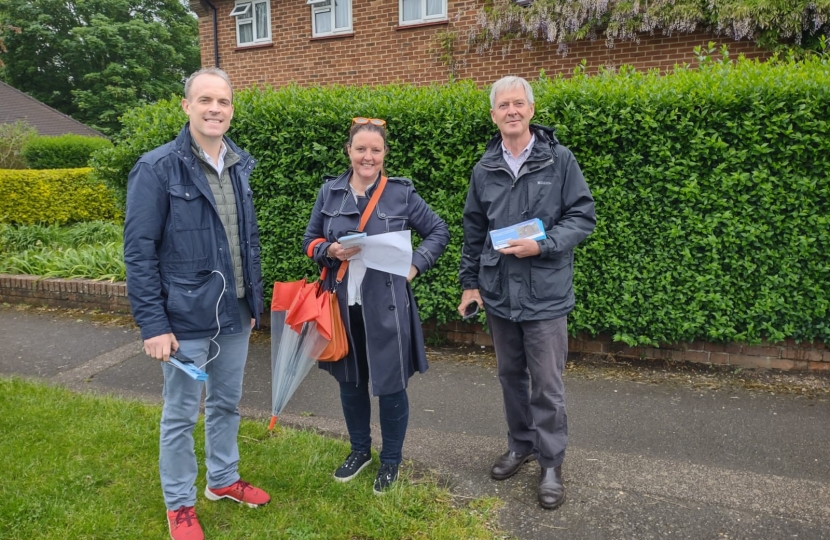 Voters will return to the polls on Thursday 1st July to choose a successor to Conservative councillor Dorothy Mitchell, who sadly died in April, and had represented Cobham with distinction for an incredible four decades.

Corinne, who knew Dorothy, has lived in Cobham since she was aged five, growing up in Bramble Rise and the Oxshott Way Estate. After working in the City, she took over the running of her mother’s recruitment company, which is based in Cobham.

Corinne is a Trustee for Stoke d’Abernon Village Hall and the Breck Foundation – a local charity which educates young people on the dangers of online grooming. She organised the Mistletoe Ball for 20 years, raising £1.3million for Cancer Research in that time.

Corinne said: “I’m a doer. I believe in volunteering and helping. I’m passionate about green issues and I am standing for Elmbridge Borough Council so that I can support the Conservatives group in protecting our local green belt and keeping Cobham as a great place to live and work.”

In 2016, Corinne bought the former Raymond Hedley salon in the parade at Stoke d’Abernon and renamed it Baloolah Hair Station. It is among the one percent of UK salons who are part of the Green Salon Collective and recycle all their foil and colour tubes – further underlining Corinne’s green credentials.

Despite Conservatives being the largest single party, Elmbridge Council is currently run by a coalition of six Residents parties and the Liberal Democrats. They will shortly release their ‘Local Plan’ setting out how housing development will take place across our borough in the coming years.

Conservative councillors offer the guarantee that we will oppose their Local Plan if it involves building on our precious local green belt. It is essential that Corinne is elected to bolster our strong Conservative team and to hold this coalition Administration to account.