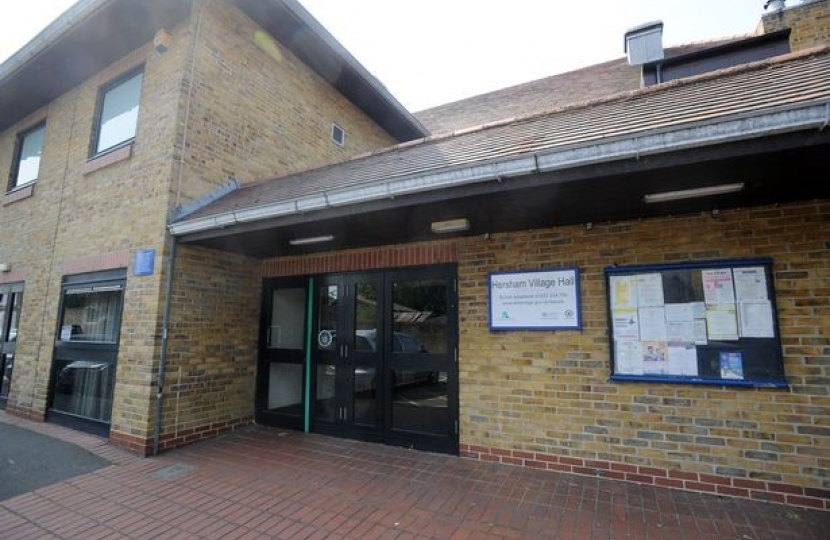 Elmbridge Conservatives voted to approve the refurbishment of Hersham Village Hall in October - fulfilling a promise we made to local residents.

In 2017/18 when we last controlled Elmbridge Borough Council we consulted local people on the way forward for the community facility which had been closed due on health and safety grounds. The result was a resounding instruction to carry out the essential repairs and reopen the hall as soon as possible.

However, an eight party coalition of Residents Association groups and the Liberal Democrats came to power in May 2019 and at October’s Full Council the Lib Dems opposed argued that the hall should be demolished and replaced at a later date with a modern, more environmentally friendly building, with housing on the site.

Their motion for a deferral was defeated by Conservative and RA councillors who agreed that residents had been clear in what they wanted and the council needed to respect that.

Conservative Leader, Cllr James Browne, said: “It is ironic the Liberal Democrats are saying we ought to 'revoke or delay the decision of the people in a mini-referendum! Madam Mayor say it aint so.  We’ve been told what to do and we need to get on with this.”

The Prime Minister's letter on Coronavirus: Stay at home to protect the NHS and save lives.

Read the Prime Minister’s guidance everyone should follow and the measures the government has put in place to fight Coronavirus.