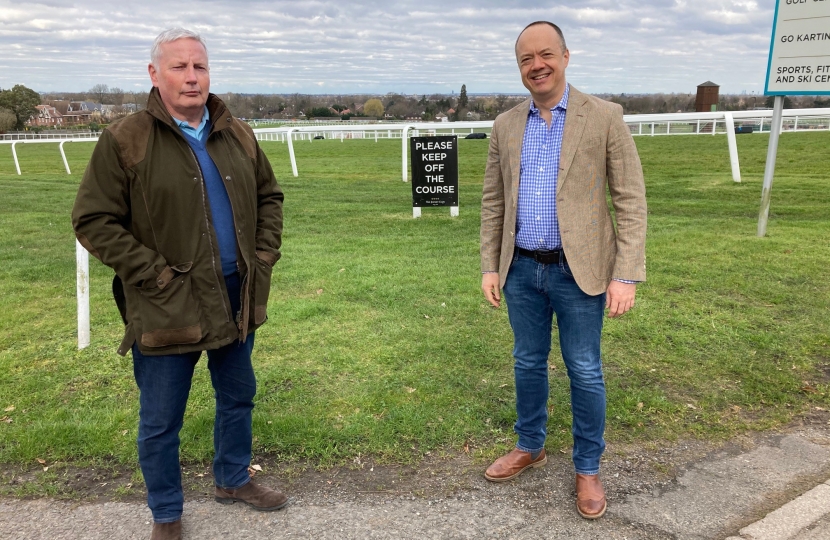 Elmbridge Conservatives and our local MP Dominic Raab welcomed the news that a major development on green belt around Sandown Racecourse will not go ahead.

The Jockey Club had appealed against a decision of Elmbridge Borough Council to refuse planning permission for 318 residential units and a 150-bedroom hotel on land at the racetrack in Esher.

Last week Robert Jenrick, the Secretary of State for Housing, Communities and Local Government, upheld EBC’s original decision, noting that “the benefits of the scheme […] would not clearly outweigh the harm to the Green Belt and the harm to the character and appearance of the area.”.

Dominic Raab said: “This decision is good news for local democracy. As I have said throughout, as the constituency MP, it is important that the local democratic process should be respected in such sensitive planning cases.”

Mr Jenrick’s decision was delayed until after the 6 May elections to comply with rules around purdah and to avoid influencing the local elections – which is entirely appropriate. Unfortunately, our opponents were able to use the delay to whip up concerns for their own electoral advantage.

Elmbridge Conservatives are the only party who have consistently said we would produce a Local Plan for Elmbridge that excludes green belt development.