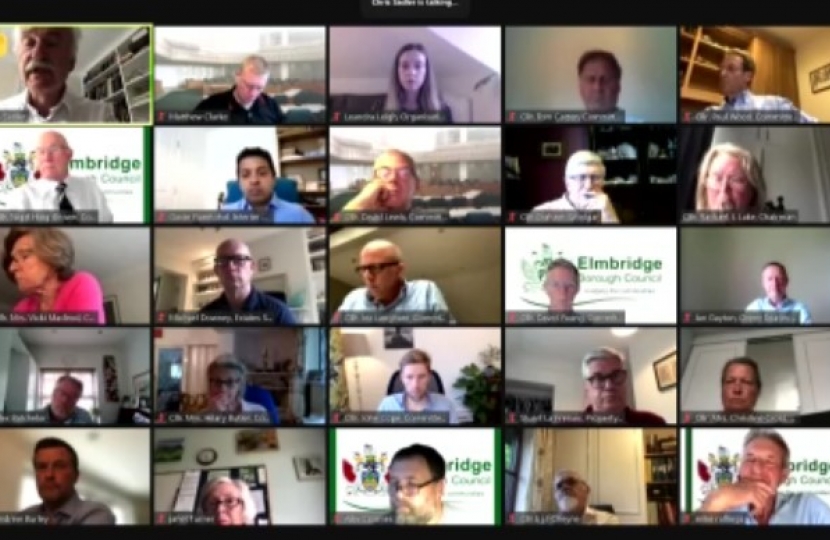 Cash-strapped Elmbridge Borough Council lost out on £750,000 of vital income after two senior Residents Association councillors refused to grant an easement over a small section of common land.

Igloo Developments had been granted permission to build 26 homes on a site in Weston Green known as Merrywood back in January and were prepared to pay the Council a significant sum of money in return for access.

However, Cllr Janet Turner, the Cabinet Member for Leisure and Culture, and Cllr Chris Sadler, the current Leader of the Council but Resources portfolio holder at the time, chose to reject the offer at their Individual Cabinet Members Decision Making meeting (ICMDM) in March. Thanks to the decision by the two Residents Association councillors it means there can be no vehicle access to and from the new homes, undermining the development's viability.

Conservatives, who are the official opposition at Elmbridge, took the lead in holding the pair to account at the Overview and Scrutiny Committee on 17 June.

Cllr Andrew Burley, our Shadow Cabinet Member for Leisure and Culture, said: "It is clear to many that the actions in question represent a cynical attempt to frustrate the decision made by the Planning Committee in granting permission to the proposed development at Merrywood. The applicant requires an easement over a piece of Common Land measuring just 44 square metres for which they have offered payment of £750,000 subject to agreement. This figure was known prior to the ICMDM. It is a material offer yet was not explicitly considered at ICMDM."

Cllr Burley pointed out that the land in question represents 0.01% of the common land, is unused and overgrown.

He added: "There appeared to be some confusion that the Council was actually ‘selling’ the land in question. This is not the case. It is simply granting an easement over the land in return for a substantial payment. At a time when this Council is faced with using its reserves to maintain delivery of those services so highly valued by our residents, it is fair and proper that it should mobilise and monetise its assets appropriately."

Conservatives believe the decision has placed the Council’s credibility and fairness into question. We put forward a motion, which was carried, to refer the matter to the Full Council which has the power to instruct the Cabinet Members for Resources and Leisure to reconsider the decision.

Cllr Turner denied that the outcome of the planning application, which she spoke against, had influenced her decision about the easement.

Watch a webcast of the Overview and Scrutiny Committee meeting here.