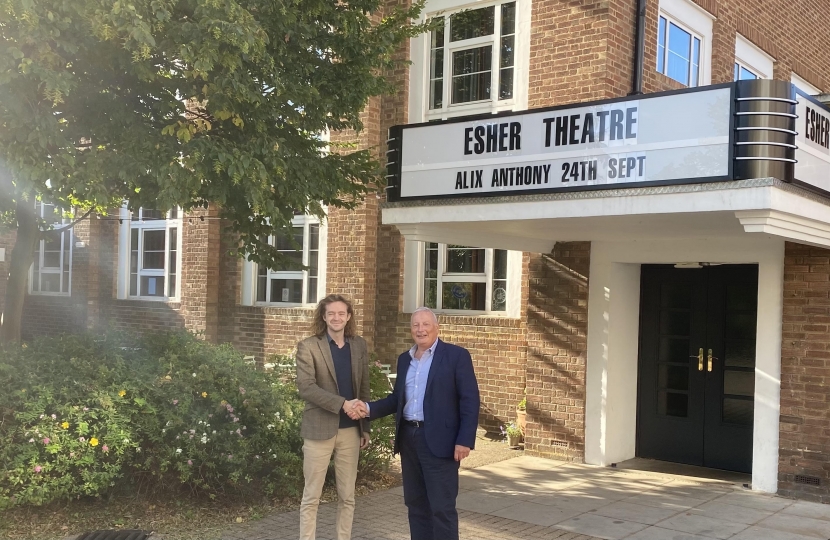 Esher councillor Simon Waugh has been speaking about his role in transforming King George’s Hall in a new home for arts, culture and entertainment.

About a year ago the Liberal Democrats and their Resident Association allies decided to close four public halls including King George's in Esher, so Cllr Waugh and his fellow trustees took back the hall to run it for the benefit of local residents.

Cllr Waugh, who is also Elmbridge's Deputy Mayor, explains: “I brought in Charlie Swift who had a vision of bringing a cultural experience to Esher, celebrating local talent as well as bringing in big names - the result was that King George's Hall has been relaunched as Esher Theatre. There's been a great response and they are taking bookings into 2023.”

Mr Swift, who lives locally and has a background in the entertainments industry, added: “King Georges Hall is a perfect location for an arts venue. It was built in 1936 as a music hall and the stage and the infrastructure is all there, it has hosted The Zombies and Moody Blues over the years and RC Sheriff trod these boards. So this is more like a restoration project, we’ve brought the hall back to how it was intended to be."

Go to www.eshertheatre.com to buy tickets for upcoming shows, or to book the venue.