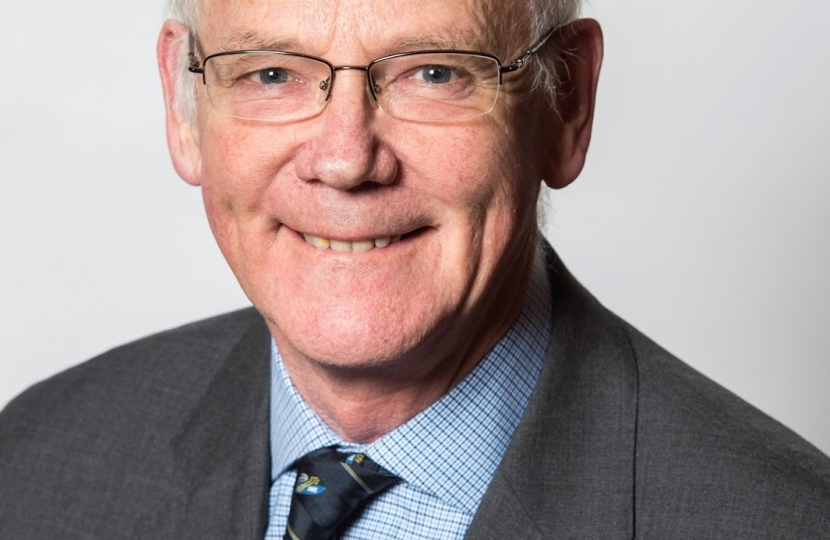 County Councillor David Munro is seeking your vote on May 5th to become Surrey's next Police and Crime Commissioner (PCC).

The 67-year-old has considerable life and leadership experience to bring to the job of Commissioner, which entails setting the budget for the force and it strategic objectives as well as being accountable to the public for the performance of the local police.

David read engineering at Cambridge University and enjoyed an 18-year career with the Royal Engineers, rising to the rank of Major. After leaving for civilian life he launched a business supplying software to the Ministry of Defence and was elected a Surrey County Councillor, going on to become chairman of the Council.

“I am confident I have more clout than other candidates," he said. "I know the MPs, the movers and shakers. I can walk into any Whitehall office that is Surrey connected and get a fair hearing."

As a Conservative, David will have the ear of the government but he insists he will be independent from a party whip, adding: "In no way can Theresa May ring me up and say x y z. I’ll be my own man."

PEEL – short for Police Effectiveness Efficiency and Legitimacy - inspected the Surrey Force late last year and slammed the service as “requires improvement”. David believes the Force is “staring over a cliff” under the current PCC in terms of its readiness to meet the challenges of the future and showing no sense of preparing. He says Surrey needs a PCC who will look over the hill and see what is coming in five, 10 or 15 years-time.

David is well aware that the UK is in turbulent times with the threat of terrorism ever present. He doesn’t want to see armed police routinely on the streets, but will ensure Surrey Police works with key national agencies and has the resources and powers it needs to meet the threat. At the same time David has spoken to hundreds of Surrey residents who have told him that the force has taken its eye off the ball in the face of the big challenges.

“Quality of life issues like flytipping and burglary - these things matter too," he said. "The officers haven’t been given leadership by the current PCC to make sure they don’t lose sight of those things.”

David thinks Surrey Police is “behind the curve ball on cybercrime” and this is something he intends to change. Another area he will tackle is cross border crime and that involves closer working with neighbouring forces including London, including at a detailed strategic and divisional level. “If relations aren’t good that comes from the top - I’m the best person in Surrey to tackle this," he said. David says the current PCC is keen on regional forces, but he will insist that officers continue to wear the Surrey badge, adding: “Residents need to feel they own their police force.”

He wants to combat the drain of Surrey officers to the better paid Met, adding: “It’s not just about money. I want to make our officers feel they belong to a really good force and that working here will stand them in good stead in the future”.

Do you have a question for David or can you help his campaign? Email david4surrey@gmail.com