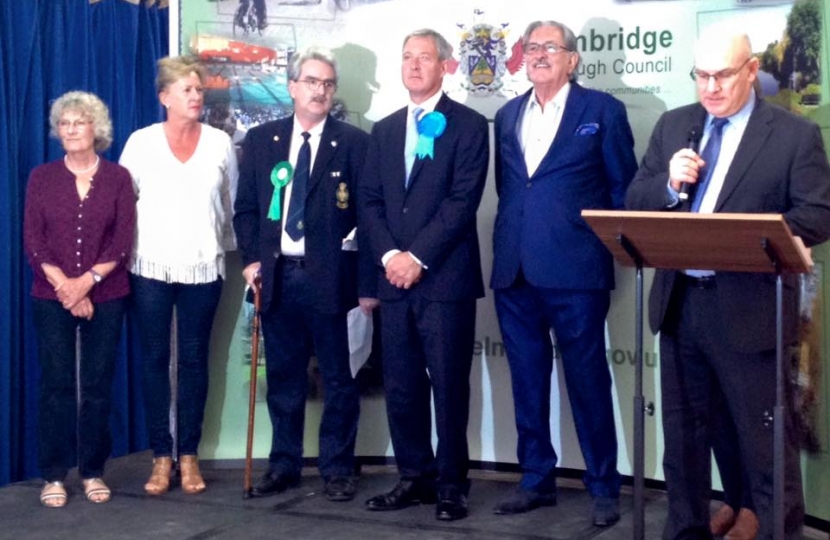 The Conservatives remain the largest group on Elmbridge Borough Council despite a dark day for the party at this year's local elections. We won 22 seats on the new 48-member council, which had been reduced from 60 following a boundary review, but 3 short of an overall majority.

The election was held on Thursday 5th May and the count took place two days later at Esher Hall, Sandown race course.

Councillor Tim Oliver, leader of the Conservative group, said: "I am disappointed we've lost some excellent councillors, particularly in Molesey East and my own ward of Esher. We are still the largest single group."

The results were 22 seats for the Conservatives, 19 for the Residents Association group and 7 for the Liberal Democrats. The Conservatives could now run the council as a minority administration or with support from the Lib Dems (who could alternatively choose coalition with the Residents group).

John O'Reilly, the Conservative group leader since 2010, lost in Hersham by 29 votes. He said: "Obviously I'm disappointed to lose but that's democracy, no point in complaining about it. I hope to still be very much involved in Hersham."

EWCA would like to pay tribute to our departing councillors for their efforts on behalf of residents and to our candidates who were unsuccessful on this occasion, where it appears that the new ward boundaries coupled with an anti-government protest vote took a toll. We also extend our sincere thanks to everyone who supported our candidates at this year's elections.

Our task now is remain in Administration, if possible, to continue to deliver good local governance and regroup, redouble our efforts and return stronger in time for the next borough elections in 2018.