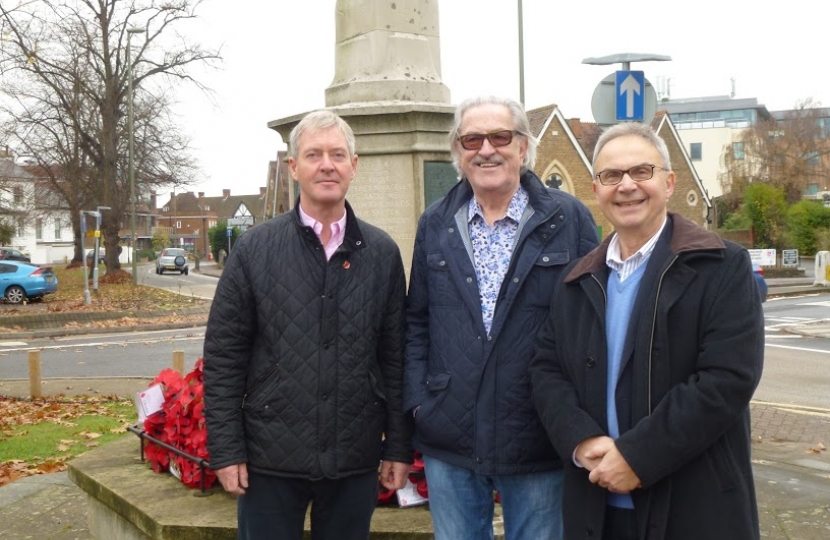 Councillor David Archer has delivered on his promise to move Esher’s war memorial to the centre of Esher Green.

David (pictured centre with Cllr Tim Oliver on the left and County Cllr Peter Szanto, right) has been passionate about moving the memorial as part of his 20 year campaign to improve safety in this part of Esher, which has become notorious for accidents.

He said: "I am absolutely delighted that we’ve managed to move the war memorial to a more dignified position, using private money. The fence is still in place to protect the turf we have re-seeded. It will be coming down in time for Remembrance Sunday where the War Memorial will be rededicated. Since the move we’ve had only one reported accident. We can’t be complacent and the work to make the junction safer will continue."

Over the years David has successfully campaigned to have crossings installed at Church Street and Lammas Lane. Moving the memorial has cost £30,000 but taxpayers have not been charged a penny thanks to David approaching local businesses to cover the costs.