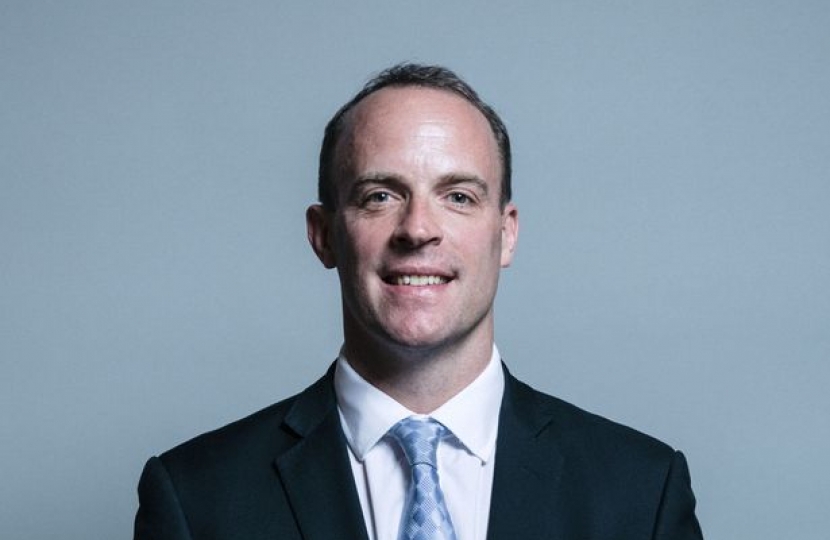 We are delighted to announce that Dominic Raab has been selected by Conservative party members as our candidate for Esher & Walton at the next general election, expected to be later this year.

Dominic has served as Esher & Walton MP from 2010 until 2019. At the general election in 2017, he won nearly 60% of the vote with a 23,298 majority. He has served as Justice Minister, Housing Minister, Brexit Secretary and is currently the UK's Foreign Secretary.

Dominic lives in the constituency with his wife Erika and two sons.

He said: "I am delighted to have been re-adopted as the Conservative candidate for Esher and Walton at the next election. I am looking forward to taking our positive message on how to take the country forward to the voters."

Tim Grey, Chairman of Esher & Walton Conservative Association, added: "It is fantastic news that Dominic has been re-adopted as our Conservative candidate. It is testament not only to the work he is doing in the cabinet and at the Foreign office, but also to his tremendous commitment as our local MP on behalf of all in Esher & Walton."

Can you help us to campaign for Dominic? Please email office@esherwalton.com

Elmbridge's final full council meeting of 2019 saw the Resident Association parties and Liberal Democrats revert to type: by wasting taxpayers' money and watering down defence of the Green Belt.