Dominic Raab: 'Sir David was much loved and respected' 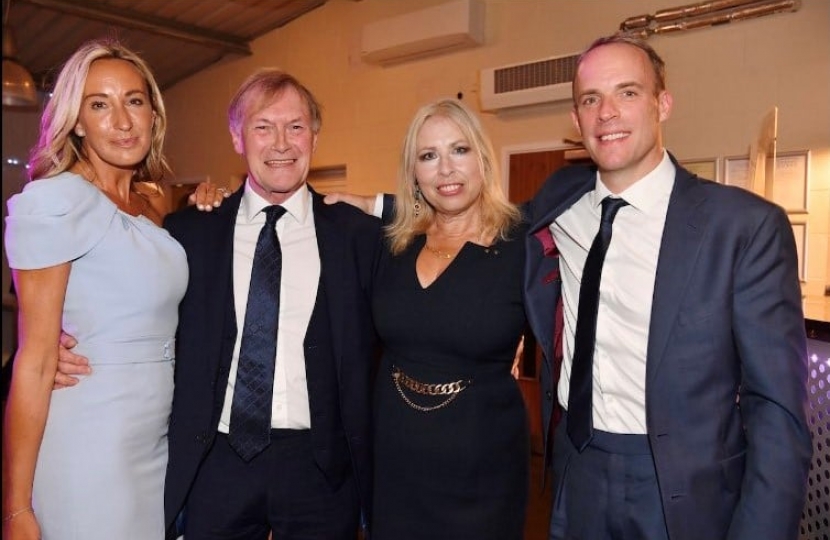 Esher and Walton MP Dominic Raab has paid tribute to our colleague Sir David Amess who was fatally attacked at a constituency surgery last Friday.

Dominic said Sir David, the Conservative MP for Southend who was known and liked by many in our local party association, was a "tenacious, hugely respected and much loved figure in Parliament".

He added: "He was a formidable campaigner, a truly kind man, and utterly devoted to Southend and his constituents. It’s a fitting tribute that Southend will now become a city, which David had long campaigned for.

"It was only a few weeks ago that I was with David at the 10th anniversary celebration of the Esher and Walton Conservative Women’s Organisation (pictured with Elise Dunweber and Lorraine Platt), where he was on characteristically good form. We also spoke together at the Conservative Animal Welfare Foundation earlier this month in Manchester.

"Every MP has their own story to tell about David. He was hugely encouraging when I was first elected in 2010, and a tower of support since. Like so many – in Parliament, in Southend, and across the country – I will miss David enormously. My thoughts are with his wife Julia and family. May he rest in peace."

Taxi drivers have been spared an immediate 33% rise in their license fee, thanks to the intervention of Elmbridge Conservative councillors.