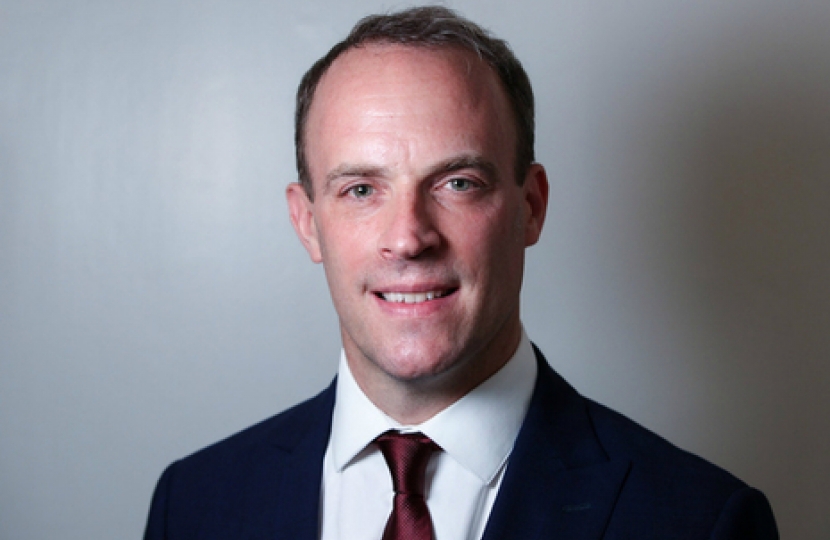 Conservative MP for Esher & Walton, Dominic Raab, is to jump out of a plane in October to raise vital money for Shooting Star Children’s Hospices.

He's hoping to raise at least £20,000 for this inspirational charity, which has hospices in Hampton and Guildford which serve families across Surrey, including in Elmbridge, and 15 London boroughs.

Dominic said: "Shooting Star Children’s Hospices has faced a really challenging time during the pandemic. They had to cancel fundraising events and close their charity shops, while making the difficult decision to temporarily close the Hampton hospice. While they’ve shown great resilience, including organising virtual fundraising events, they remain reliant on donations and need to raise £8m a year to maintain their level of care.

Shooting Star Children’s Hospices cares – free of charge – for babies, children and young people who may have been born with life-limiting progressive conditions, have cancer, or have undiagnosed conditions with complex symptoms. The charity supports families from diagnosis to end of life and throughout bereavement, with a range of nursing, practical, emotional and medical care. In all, they support 700 families each year.

Dominic would appreciate any support you may be able to give. To give you an idea of what they would do with the money, £20 could pay for a carer to spend an hour with a sibling, giving parents precious time by themselves to grieve, while £100 could help pay for a visit from a nurse during a medical emergency.

Please help spread the word amongst friends, and in any other way that you see fit. Dom's Just Giving page is here.

Our Plan for Growth

Chancellor Kwasi Kwarteng on Our Plan for Growth in the economy