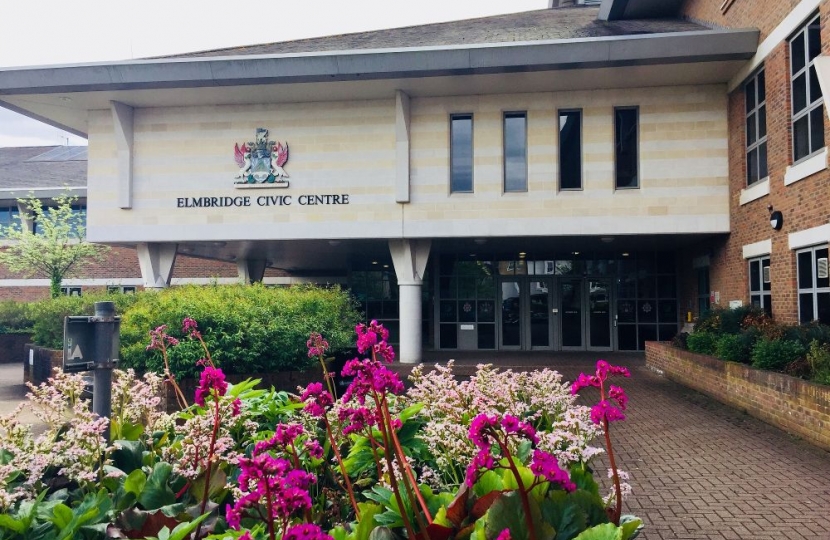 The Conservatives are again the official opposition at Elmbridge Borough Council despite being the largest single party – with 21 councillors – and winning the largest share of the votes cast in May.

At Full Council on 19 May, the Walton Society councillor, Chris Sadler, was appointed Leader of the Council at the head of a coalition of six political resident associations working hand in glove with the Liberal Democrats.

Elmbridge Conservative Group Leader, Councillor James Browne, comments: “I congratulate Chris Sadler on his appointment and wish him the best of luck. Although we are the largest party in the Chamber, we recognise the political reality of the RA/Lib Dem coalition. We will continue to provide balanced but rigorous scrutiny of the Administration's actions and strive to win the trust of our residents to take over the Administration at the earliest opportunity.”

1) Bringing forward the new Local Plan. The Conservative group is committed to no voluntary release of Green Belt, anywhere in the borough. That is the clearly expressed will of our residents.

2) Bringing the Council's finances back into shape so that we stop plundering our reserves to balance the books. This will require difficult decisions to be made and we expect the new Leader to keep to his public promise to make those hard choices.

At the largely ceremonial inaugural Full Council of the new municipal year, tributes were paid to Conservative councillor Mary Sheldon for the fine job she has done of guiding the Council through the upheaval of the pandemic and the switch to remote meetings on Zoom.

Mary holds the distinction of being the only First Citizen of Elmbridge to hold the post for more than one year (from 2019-21). In this time, she has also raised £20,000 for her chosen charity, Elmbridge Mencap, to fund a sensory garden in the borough.

Councillor Tony Popham of the Molesey Residents Association was elected the new Mayor with Conservative Simon Waugh as Deputy.