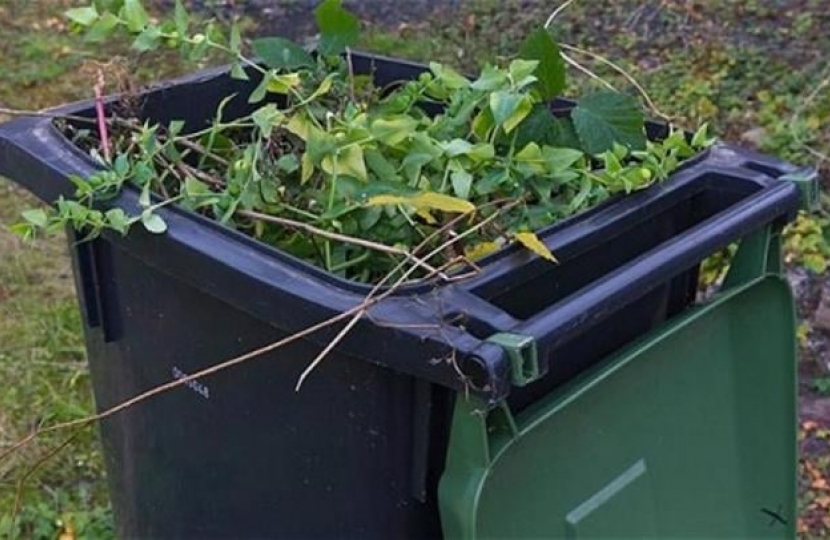 Despite describing requests from residents for a final garden waste collection as ‘ridiculous’ only a few weeks ago, the announcement today by the Leader of Elmbridge Council that they will accept the Conservative Group’s proposal for a one-off collection of garden waste in early November is very welcome.

The announcement comes after local Conservative councillors challenged the Liberal Democrat and political Resident Association groups who run the Council to recognise that their decision to suspend the service without warning had badly let down residents. The cause of this emergency ‘suspension’ was a lack of planning to mitigate the HGV driver shortage across Europe, as other councils (including our neighbour Runnymede) have done.

We argued that at the very least the governing parties should arrange a final collection for residents, especially the elderly, vulnerable, and those without a car.

Cllr John Cope, Elmbridge Conservative Group Leader, commented: “It was extremely disappointing that the Leader of Elmbridge Council dismissed the Conservative Group’s appeal for a final collection of garden waste as “ridiculous” only a few weeks ago, so it’s very welcome the Council has now u-turned and agreed with us that a final collection is the least they can do while they try to restore the full service.

“Our campaign on behalf of residents won’t stop, however. Despite the Lib Dems and political Resident Associations that run Elmbridge rejecting our motion asking to work together to deal with the fiasco over the garden waste collection, our offer still stands. We should be working together, not playing politics or ignoring residents’ concerns.”

The Council is in the process of writing to thousands of garden waste service subscribers to offer a collection on either 1 November or week of 8 November, while advising that bins should not be filled after they are emptied, since the Council still cannot say when it might reintroduce the garden waste service.

Frustratingly, the Administration admits to making ‘no significant progress’ around recruiting more HGV drivers, despite the suspension of the service costing Elmbridge Borough Council £75,000 in lost income each month.

The national government in Westminster has stepped in, however, announcing earlier in the year a large number of measures to support the training and recruitment of more HGV drivers. You can find out more here: www.gov.uk/government/topical-events/hgv-driver-shortage-uk-government-response