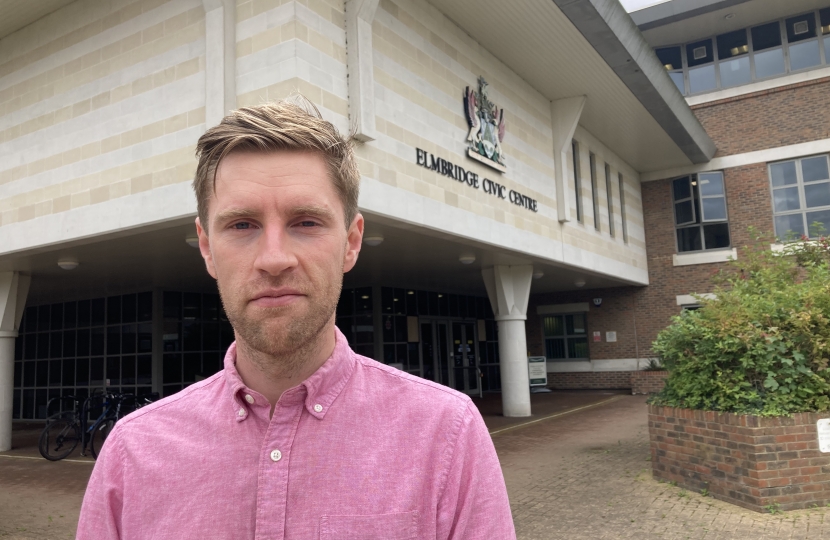 The decision by the Liberal Democrats and Resident Association groups who run the Council leaves 25,000 service subscribers with bins full of rotting rubbish that they will have to dispose of themselves or by paying privately.

Local Elmbridge Conservatives believe the Administration should have had a contingency plan, particularly as the international shortage of HGV drivers has been known about since well before the pandemic even hit.

“Residents will want to know why it is that many other Councils, including our closest neighbour Runnymede, are still able to operate a garden waste service despite the driver shortage while Elmbridge cannot.

“There have been warnings of the crisis for months, from government and elsewhere. Why hasn't the Council put in place a contingency plan? Our residents will conclude, rightly, that this Council has been found to be asleep at the wheel as a crisis loomed.

“The least they could have done was to empty the bins before suspending the service. Instead, residents have been left with full bins of rotting rubbish. Local Conservatives will continue to hold the Council and their contractors to account until the service is reinstated and our residents are properly compensated.”

Councillor David Lewis, Shadow Portfolio Holder for Environment, adds: “This is an intolerable situation for our residents. They are paying for a service without receiving it and the reality is that many are elderly and unable to take bags of waste to the tip as the Council is suggesting. They have been badly let down by this Administration.”

Great community spirit in Esher last Friday, as we planted flowers to brighten up the High Street for Esher in Bloom next Spring.

There was a good turnout, including pupils from Esher High School and Cranmere Primary School.