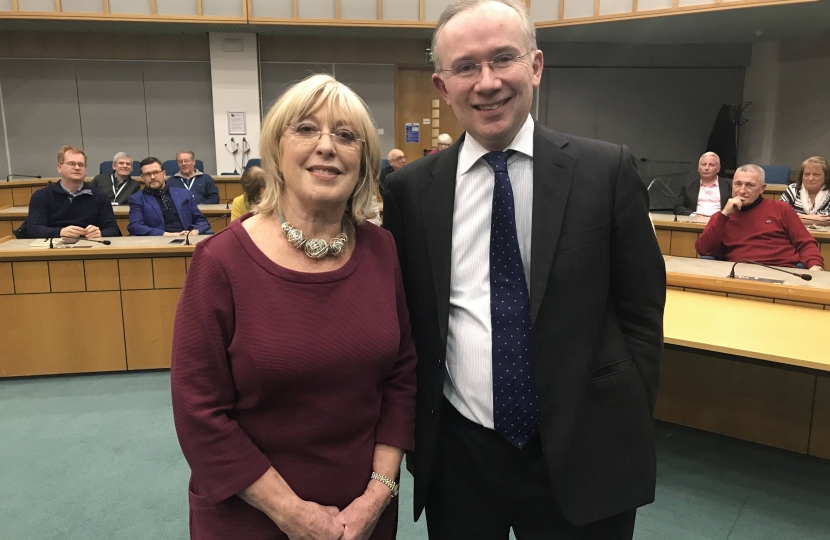 Elmbridge Council is consulting residents on five options designed to meet the housing needs of the Borough for the next 15 years.

Its Local Plan consultation runs from 19 August to 30 September and will help determine how, and where, up to 623 mainly one and two-bedroom homes per year, or 9,345 over the plan period, will be built across our area.

The Elmbridge Conservative Group strongly backs option 4, which would deliver about 5,300 new homes in existing built areas while pushing back on government quotas. Crucially it includes NO BUILDING ON THE GREENBELT whatsoever. This is the option we instructed officers to come up with during the year to May 2019 that we formed the council administration. Our message to residents is simple: if you want to protect the Elmbridge greenbelt from development, vote for a party who has been consistent in defending our greenbelt. That party is the Conservatives.

Councillor James Browne, leader of the Elmbridge Tory group, says: "I urge all residents to look at the consultation document and to make their voice heard. This document will shape the way our Borough looks for the next decade and beyond.

“The previous consultation, in the winter of 2016/17, generated tens of thousands of responses from local residents, the overwhelming majority of whom were horrified that the Council’s preferred option, selected by the Residents Association and Liberal Democrat administration, would result in three major pieces of green belt land, in Long Ditton, Cobham and Oxshott/Stoke d’Abernon, being removed from green belt designation and thus made vulnerable to applications for development.

"When the Conservatives took control of Elmbridge in May 2018, we instructed the officers to pause the local plan preparation and to work up a further option, which did not involve any green belt release and did not result in unacceptable intensification of the existing urban area. The Conservative Group believes that Option 4 best meets the concerns expressed by residents during the last consultation.

“We believe it plans for the future, by providing a large number of new homes, of which 99% would be of three-bedrooms or fewer, and nearly 70% of those homes must be at affordable or social rent levels in order to provide homes for the less well-off, first time buyers and key workers such as school teachers, police officers and firefighters. It protects our green belt which stops the London sprawl taking over our borough and, whilst all local areas will see more housing it will not destroy local character.”

The Prime Minister told the Surrey Advertiser during the Conservative leadership campaign, “We should not be imposing targets on councils that they are simply finding impossible to meet without building on the Green Belt.” In a round table discussion with Conservative group leaders Boris Johnson said, in response to a question from Cllr Browne, there should be “no arbitrary quotas imposed by diktat”.

Cllr Browne adds: "We recognise that Option 4 will not meet the full, so-called 'objectively assessed', housing need figure but we can have some confidence that the new Government under Boris Johnson will take a different line on housing targets and will actively support local authorities who want to defend their green belt.

“If residents agree with our view that we must protect and preserve the Elmbridge greenbelt we must do everything possible to ensure that Option 4 is taken forward to the next stage – the production of the new plan itself. So our message today is – please take part in this vital process which will shape the future of our borough for decades to come."

Residents can register to attend a local public meeting at the Elmbridge Civic Offices to ask questions about what the Local Plan meets for their area. The meetings take place on the following dates:

Find out more about the Local Plan including how to book a seat at any of the public meetings on the Elmbridge Council website at https://www.elmbridge.gov.uk/news/local-plan-consultation-now-open/