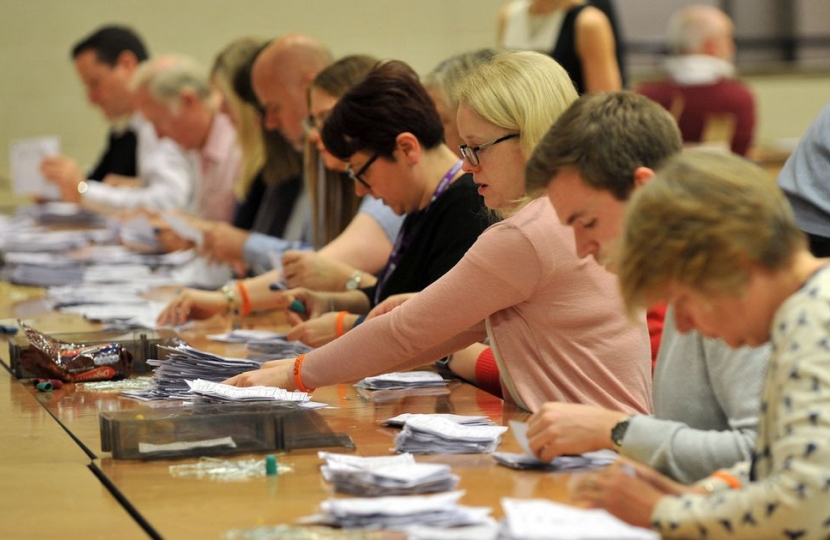 Esher & Walton Conservative Association would like to thank all those who voted on Thursday 6th May – your support is truly appreciated!

Our results were positive in all three elections. In the Surrey County Council elections, we bucked the trend in the Southern part of the county, to win seven out of nine Elmbridge divisions, including regaining the Hinchley Wood, Claygate and Oxshott seat with an increased majority . Conservatives have a significant majority, with 47 seats at Surrey County Council. Weybridge councillor and Surrey Leader Tim Oliver who has driven forward the transformation of services and council finances was also re-elected with an increased majority.

In the Elmbridge Borough Council elections, Conservatives won six seats and lost one (Esher). We now have 21 seats, with the Residents Association groups on 18 and Liberal Democrats on 8. A by-election will take place in Cobham in the coming weeks since our colleague Cllr Dorothy Mitchell sadly passed away recently.

Although the voters have once again returned the Conservatives as the largest party at Elmbridge, the signs are that the RA and Lib Dems will reform their eight-party coalition to keep control of the council.

We thank all our candidates and supporters for their efforts, and our retiring councillors David Archer, Oliver Chappell and Glenn Dearlove.