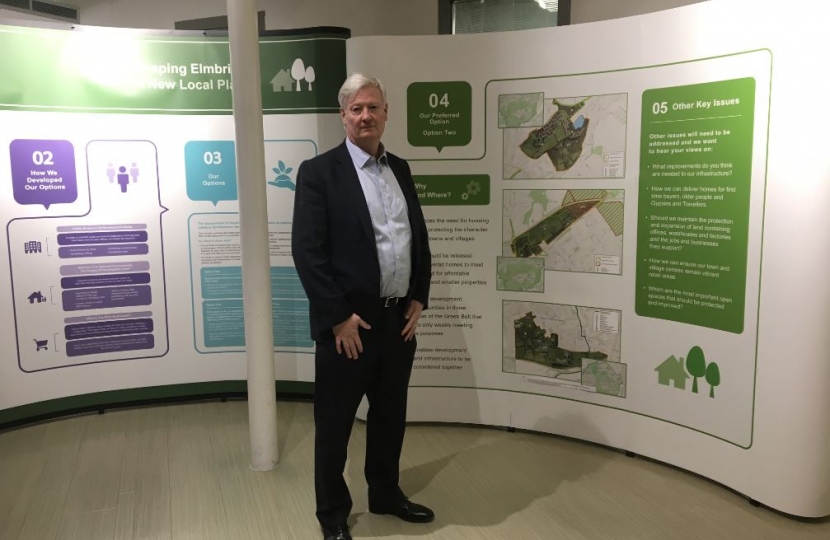 Elmbridge Council has been told to identify sites in the borough where up to 9,500 new homes can be built by the year 2035.

The Council has been consulting residents on a new Local Plan, identify potential building sites, with three so-called ‘weak performing’ greenbelt sites in Cobham and Long Ditton under consideration to provide the bulk of the new homes.There has been an outcry in those communities and the Council has since written to the Government to seek clarification on whether green belt can be used or not. This follows comments from the Local Government Secretary, Sajid Javid, that greenbelt should be "sacrosanct".

The alternative to greenbelt sites is to build higher density developments in built up areas.

Cllr Tim Oliver, leader of the Conservative group at Elmbridge Council, and Weybridge’s Conservative candidate for Surrey County Council, commented: "We will continue to fight development on the greenbelt, but will also make the point that there will need to be higher density housing near to good communication hubs and officers should reinvestigate other suitable land for development."

St George’s Hill Conservative Councillor, Simon Foale, joined around 100 local residents at a consultation in January. He said: "I was very pleased that so many of our residents could attend and are keenly interested in the future of our Borough. My Conservative colleagues are listening to residents’ concerns."

The total number of homes required over the next 18 years is 9,480 and comes from a strategic housing market assessment done for the borough. It breaks down as 474 new houses required per year, of which 332 would have to be at affordable rates. Presently, 60 per cent of Elmbridge Borough is greenbelt.