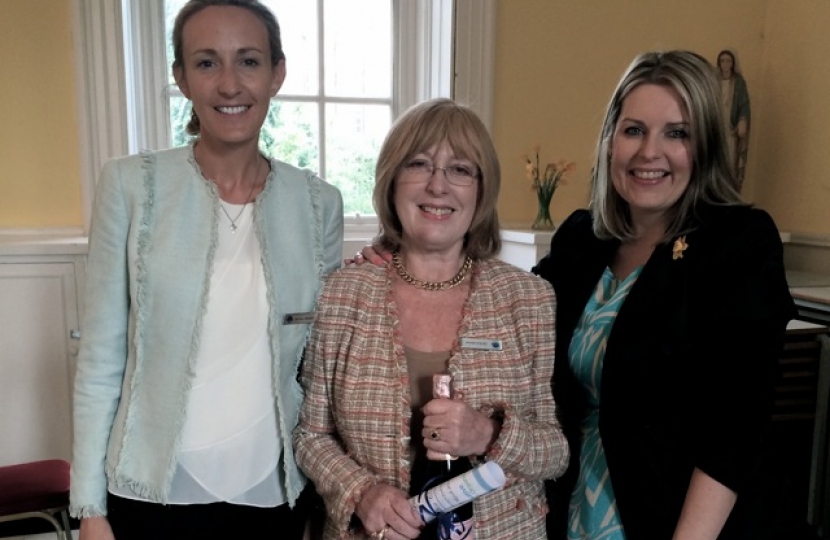 Congratulations to the Esher & Walton Conservative Women's Organisation (EWCWO) who scooped the 'Notable Achievement Award' for in recognition of successful fundraising. Members of EWCWO picked up the award at the Southern Region Conference of Conservative Women's Organisation which is held annually with very good attendance. The conference took place on March 19th at the London Oratory, Brompton Road. The award was to congratulate the efforts of the Esher & Walton team in not just donating to Southern Region CWO but also raising money towards local election campaigns over the last three years. EWCWO chairman Councillor Elise Dunweber said: "The Award means a great deal to the team at EWCWO as everyone works incredibly hard. It is nice for that to be acknowledged and we very much appreciate all the support we have received from members and non members alike." She added: "Anyone can come to our events - men too! You do not have to be a member and you do not actually have to be affiliate to any political party to attend our events. Some people may come as they like a particular topic, speaker or event for example. However we do try to encourage people to sign up as members of the Conservative Party - once you sign up as a member of the party you are automatically a member of CWO and not many people are aware of that.  "We do not have exclusive membership of CWO. If someone is a member they can enjoy paying a reduced cost to come to our events."