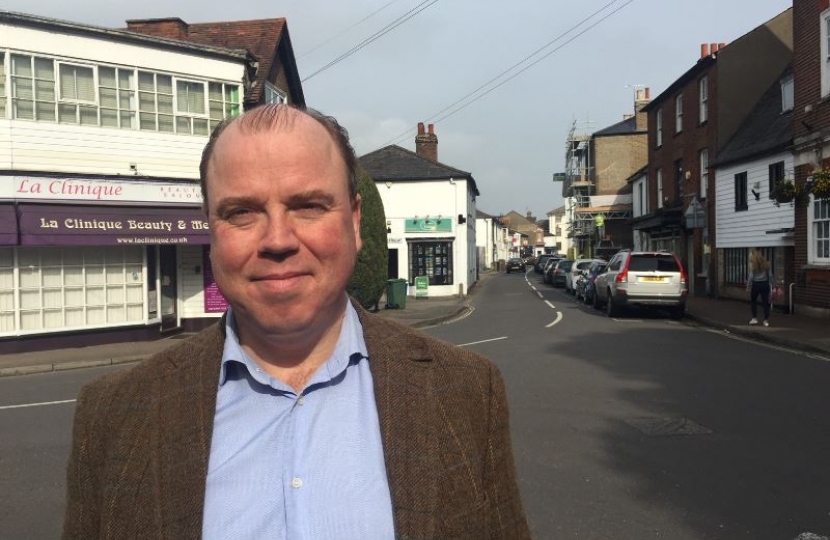 Bruce Finch served his country with distinction as an officer in the Royal Navy and now he hopes to do the same for residents in the Dittons as their county councillor.

He recently moved to Thames Ditton so that his wife Dervla could take up a deputy head teacher's post in New Malden. Before that the couple lived in Sussex where Bruce was a Chichester District councillor. During his five years in elected office he gained considerable experience, serving on Overview and Scrutiny and Corporate Governance committees and being promoted to the Cabinet in with the Support brief.

Bruce was recognised at his previous council as focused and proactive in solving residents’ issues. He also has experience as a school governor for eight years and is an active supporter of charities – with Cancer Research being particularly close to his heart. He served in the Navy for 20 years, seeing operational service in warships worldwide and supporting the liberation of Kosovo and in Northern Ireland. After his retirement in 2008 with the rank of Lieutenant Commander, he now works as a senior manager for Deloitte Consulting in London, transforming business in the UK and Europe, primarily in the manufacturing sector.

Bruce says: “I believe strongly in delivering public services for citizens in the most efficient way, at the lowest realistic cost. I have extensive public sector experience from my time in the Ministry of Defence and as an elected Councillor and so I know how to deliver improvements in a local authority environment. This combines well with my nine years’ experience delivering business transformation through innovation for world leading companies, meaning I can bring the best of business to our Council. I am experienced, very enthusiastic, capable and determined and I look forward to serving the residents of The Dittons as their champion.”