Housing demand can be met without loss of greenbelt, say Conservatives 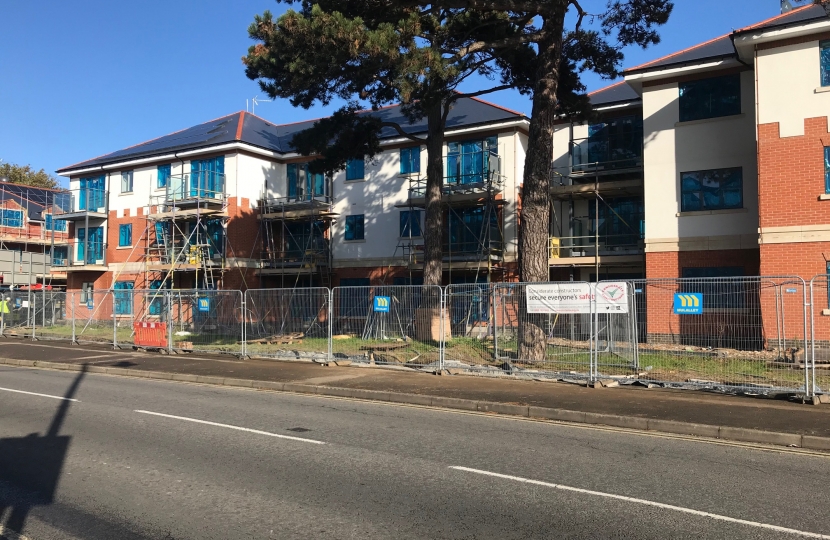 Elmbridge Council is drafting a new ‘Local Plan’ setting out how the Borough will expand to meet the demand for housing and new infrastructure until 2035.

Our residents were asked their views in a consultation this summer, with five possible options to meet housing targets of 623 new homes per year, of mostly one and two-bedrooms (9,345 in total!) - 85% of you backed options which protect the green belt.

Elmbridge Conservatives have been consistent on the need to protect the green belt. We introduced Option 4 of the consultation when we controlled the Council in 2017/18 - this pushes back on the housing quota, delivering about 5,300 homes in existing built areas and on brownfield sites, but crucially protects our borough’s green lungs. This is particularly if we are to meet our climate obligations.

Conservative group Leader, Councillor James Browne, said: "Option 4 plans for the future, by providing a large number of new homes, of which 99% would be three-bedrooms or fewer, and nearly 70% of those homes must be at affordable or social rent levels in order to provide homes for the less well-off, first time buyers and key workers such as schoolteachers, police officers and firefighters. It protects our Green Belt which stops the London sprawl taking over our borough and, whilst all local areas will see more housing, it will not destroy local character."

Cllr Browne has raised the issue with the Prime Minister - Boris Johnson reassured him he opposes centrally-imposed arbitrary quotas, and told local the local media, “We should not be imposing targets on councils that they are simply finding impossible to meet without building on the Green Belt.”

Residents Association and Liberal Democrat parties previously selected the release of three major pieces of Green Belt in Long Ditton, Cobham and Oxshott/Stoke d’Abernon in 2016/17 when they controlled the Council, as their preferred option, prompting thousands of objections from residents.

The Government's Coronavirus support package for the self-employed

The Chancellor has announced a new Self-Employed Income Support Scheme – helping many of our country’s self-employed workers.