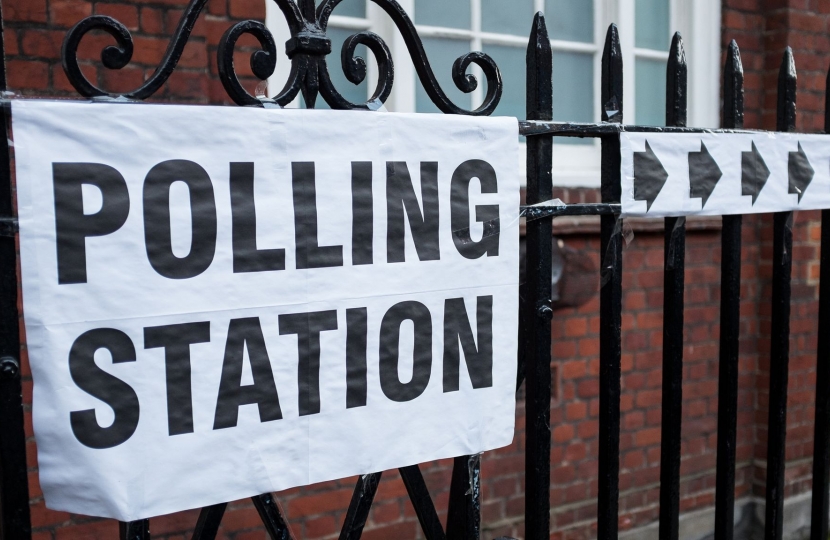 Local elections planned for Thursday 7 May have been postponed for 12 months as part of the Government's response to the coronavirus outbreak.

Residents had been due to elect a third of Elmbridge Borough Council (16 seats) as well as Surrey's Police and Crime Commissioner. It is expected that those elections will now be held alongside the Surrey County Council elections on 6 May 2021. Councillors whose terms of office had been due to expire this year will receive an extension until fresh elections are held.

Preparations for 2020 elections were already well underway before the national emergency. Esher & Walton Conservative Association had selected candidates for the 16 Elmbridge wards, who had begun campaigning, alongside Charlie Chirico, our Police & Crime Commissioner candidate. With public approval of the government at 50% and higher we had reasonable expectations of doing well this May, also regaining control of Elmbridge Borough Council.

So we understand the decision to postpone until next year (as opposed to rescheduling to the Autumn) will be frustrating for party members and candidates. But the top priority for all of us must now be to stay safe, support our communities and adhere to Government advice in order to halt the spread of the virus.

As we suspended all deliveries of pre-election literature and newsletters, we're making e-versions available as attachments below. See also: Help and advice for Elmbridge residents during the coronavirus crisis

The Government's Coronavirus support package for the self-employed

The Chancellor has announced a new Self-Employed Income Support Scheme – helping many of our country’s self-employed workers.