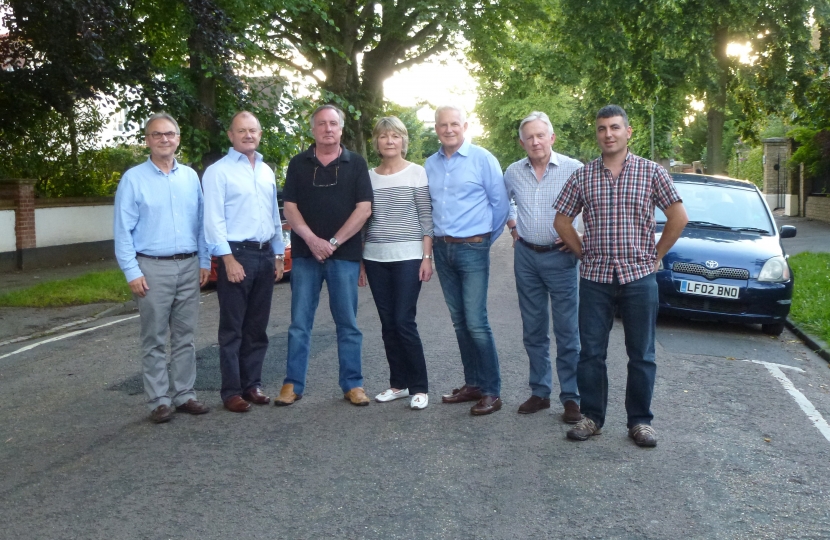 MOLESEY Conservatives have had their petition for parking controls in streets close to Hampton Court Station rejected by Surrey County Council.

Peter Szanto and Steve Bax said 356 households (82% of all surveyed) and 52 (88%) local retailers backed their proposals for a one hour period of residents-only parking in key streets, which would have addressed long standing issues of commuter parking and created additional spaces for shop users for the rest of the day.

However the RA county councillors, Ernest Mallett and Stuart Selleck, refused to get behind the residents and traders and instead criticised and belittled the petition at October's meeting of the Elmbridge Local Committee. Mr Mallett, a past critic of parking controls, said the residents had put forward a “petty proposition” and probably didn't appreciate what they were signing. While Mr Selleck, the East Molesey & Esher councillor, said “This is going over old ground and I don’t support it.”

It didn't escape attention that, among the measures which Surrey County Council chose to implement, was a yellow line for St John’s Road (Mr Selleck's home street) which keeps out commuters from 8.30am until 6.30pm.

Peter Szanto, a former East Molesey Conservative Councillor, said: “The Surrey Parking Review’s objectives were to improve
road safety, increase access for emergency and refuse vehicles, improve access to shops, reduce traffic congestion and better regulate parking. We believe our proposals were aligned with these objectives. Instead the MRA councillors made a clear statement to all and sundry that Molesey is the place to come to for free rail commuter parking. We question whether the MRA’s ‘free for all’ approach is the right one forour residents or our traders.”