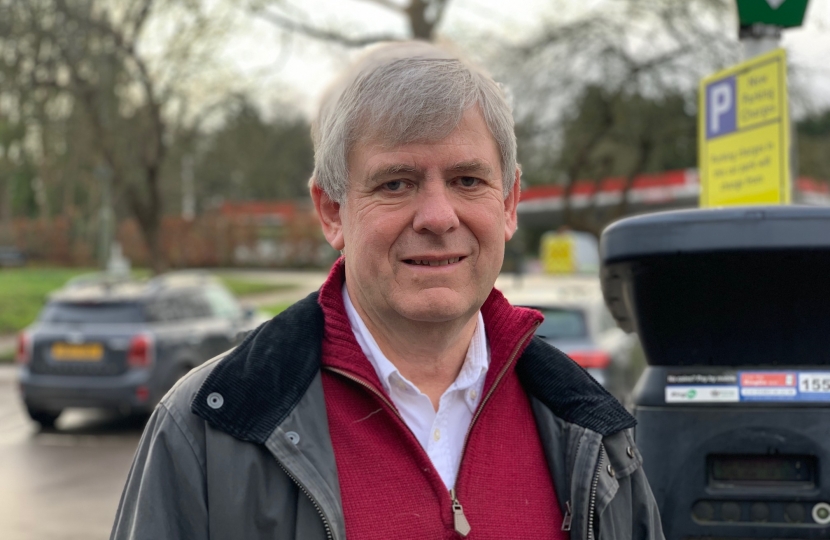 They also removed the 30-minute short-term stay option, resulting in the minimum fee at village car parks increasing by 125%, from 40p to 90p.

Oxshott Councillor David Lewis told the Council meeting that local shops (such as those that rely on the Steels Lane car park in his ward) would lose trade if the half hourly ticket was removed. He explained: "Small convenience stores and retailers depend on customers being able to park, pop in to buy a newspaper or pick up a prescription. “Those businesses have done an incredible job in supporting our residents over the last few months."

Conservatives warned that the increases could backfire, with residents taking chances instead of buying a ticket. However, Stuart Selleck who leads the Lib Dem/RA coalition insisted the "broader picture" of the council's finances was more important, and they used their majority to vote down a Conservative amendment.

The election on 6 May will be an opportunity to elect a Conservative administration to get the council's finances back into good working order while also supporting our local economy as it builds back from the pandemic.