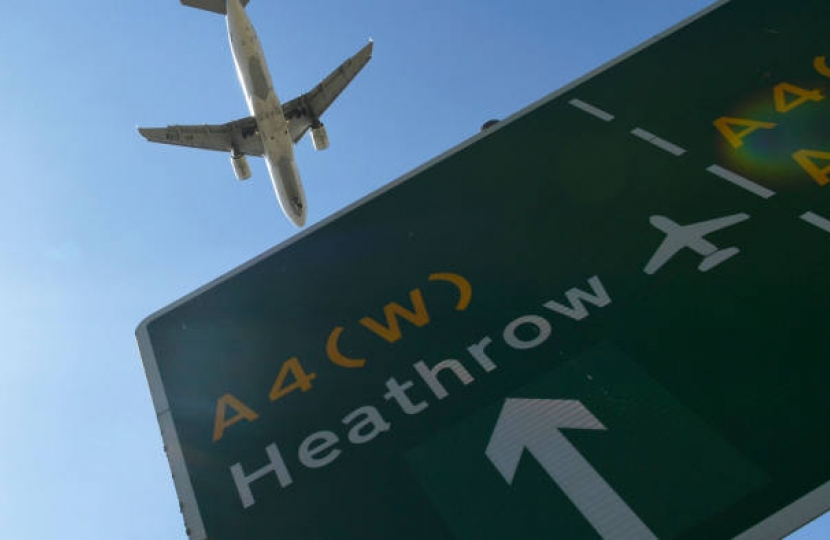 Dominic Raab has called on Heathrow Airport to ensure Elmbridge residents are protected from noise and pollution.

The MP for Esher & Walton wrote to Heathrow’s director of sustainability to urge a rethink on two airport initiatives which could potentially add thousands of additional air traffic movements (ATMs) to the airspace above Elmbridge.

Many residents in communities such as Molesey and Walton are already severely affected by departure traffic during the 30% of the year when aircraft take off into an easterly wind. But Heathrow is considering relaxing its westerly preference to allow more easterly take-offs.

In addition it is poised to introduce Independent Parallel Approaches (IPA) in order to allow for up to 25,000 additional landings on its existing two runways – something it says would be a temporary arrangement until the third runway opens in 2026. However, the proposed changes to the way planes will approach the airport would see arrival traffic overflying Elmbridge during the hours of 6am and 8am over the rooftops of householders who are already detrimentally impacted.

Dominic Raab recently met with the Molesey Conservative branch to hear their concerns on behalf of their residents and then wrote to Matt Gorman, Director of Sustainability at Heathrow. In the letter, Dominic asserts:

“As I have previously set out on behalf of local constituents, Heathrow should only add more flights if there are clearly defined and legally enforceable limits for noise, and independent monitoring to ensure compliance. Heathrow should also meet its pledge that fewer people will be affected by noise after any expansion than is the case today. The introduction of IPA fails to provide these reassurances.”

Dominic goes on to say that Heathrow must be able to demonstrate that additional ATMs will not result in further congestion on roads in the constituency – which is vital for reducing the borough’s carbon footprint. He sets out three conditions:

Dr Peter Szanto, who represents East Molesey & Esher at Surrey County Council, attends the Heathrow Community Noise Forum on behalf of Elmbridge residents. He shares the concerns around IPA and westerly preference and has also written to Heathrow. His letter is available to view below.

Peter is critical of the way Heathrow consulted the public over IPA, noting that “nowhere were residents asked whether they supported its introduction – all the questions were ‘do you prefer one option over another’. It is critical, as Peter writes in his letter, that any flightpath changes are linked to a policy of dispersal over a wide geographical area and not repeated routed over the same residents.

This is why Pride Month matters

Conservatives will always fight for a free, fair and tolerant Britain.