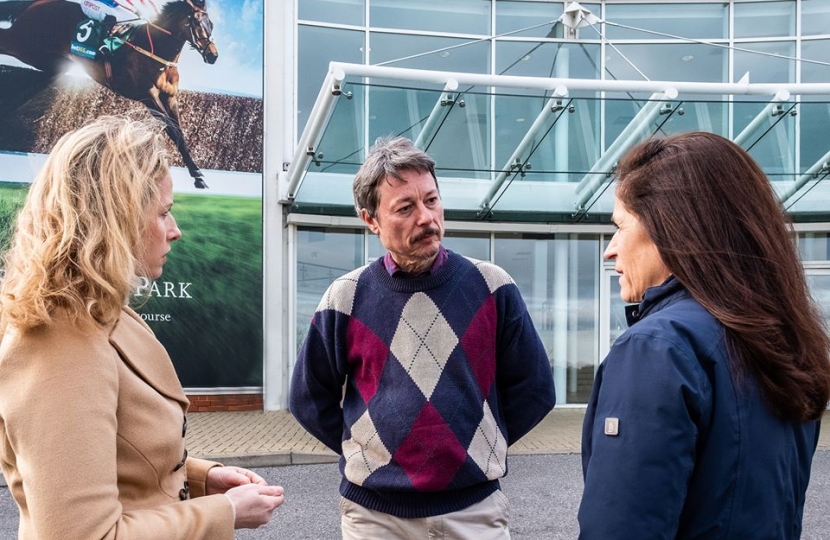 Sandown Park is in the news at the moment with the revelation that the Secretary of State for Local Government will personally decide an appeal by The Jockey Club to build 318 homes and a hotel at Sandown Park Racecourse in Esher.

This application was refused by Elmbridge Borough Council because it is in on green-belt land and would deliver only 20 per cent affordable housing, against the council's target of between 40 and 50 per cent.

Preserving the green-belt a top priority for Elmbridge Conservatives. Not only did our councillors voted to refuse the planning application but we are assisting Elmbridge Borough Council (EBC) in fighting the Jockey Club's appeal. In May, Dominic Raab MP wrote to the Chief Inspector of the Planning Inspectorate to reiterate his support for EBC's stance.

He said: "I am writing to express my support for EBC and the original decision they took in rejecting this application. It is important in sensitive planning cases that the local democratic process is respected."

Local Conservatives are the only party which has unequivocally committed to protect the green-belt in Elmbridge. It was a commitment in our 2018 and 2019 manifestos and we had instructed EBC Officers to prepare the Local Plan to reflect the importance of the green-belt before we lost control of the council in May 2019.

Despite massive public opposition in the subsequent public consultation, the current Administration (which includes the Esher Residents Association) have thus far refused to support Option 4 of the Local Plan (no greenbelt development). If we had a local plan in place along the lines which we were developing when in control, EBC's defence of the Jockey Club's appeal would be significantly stronger.

We are providing £280 billion to get our country through coronavirus. Rishi Sunak’s 2020 Spending Review sets out how.