Statement on the safety improvements on the A244 Hersham Bypass 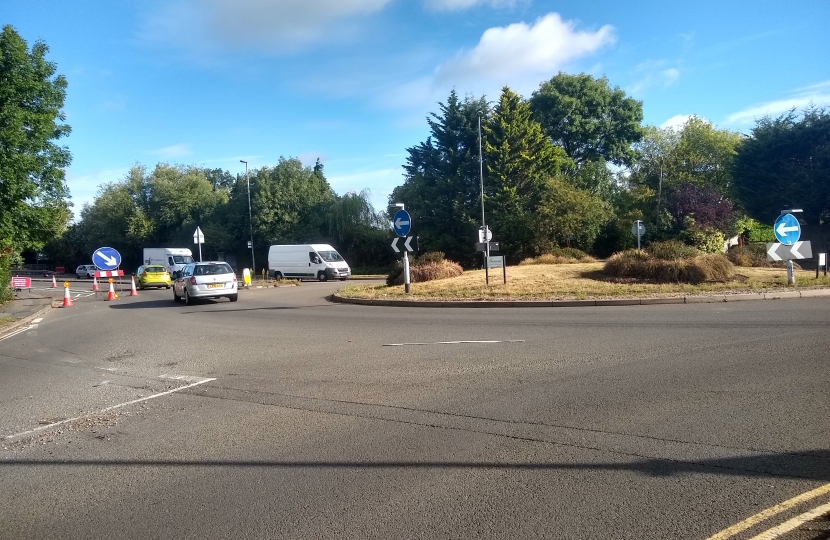 The tragic death of a pedestrian while crossing the A244 Hersham Bypass resulted in a near 3,000 signature petition last year calling on Surrey County Council to improve safety on this road.

Councillors approved a feasibility study to look into the options, but it became clear that to install one pedestrian crossing covering both sides of the bypass would cost around £100k - £250k and take several years to implement, even if funding could be found. It would also either require a central refuge island, thereby reducing the road to single lane on each side of the carriageway or stop traffic for a considerable time to allow all four lanes to be crossed in one go.

However, the Active Travel scheme introduced by Government in response to the C-19 crisis, allowed Surrey Highways engineers to apply for a share of this funding to address this issue. The scheme requires Highway Authorities to reallocate road space to pedestrians and cyclists. The timescales imposed by the Government for the Active Travel programme mean Surrey was unable to undertake the kind of consultation that they would normally do for this kind of scheme.

Cllr Peter Szanto, Chairman of the Elmbridge Local Committee, said: "The Active Travel scheme our engineers developed proposed reducing the road to single lane each way and installing three uncontrolled pedestrian crossings with improved cycle lanes. Both Hersham county councillor John O’Reilly and I reviewed the proposals in great detail. We were pleased that the scheme would provide three pedestrian crossing points only requiring crossing a single lane of traffic at a time, but we were concerned that there should not be any significant impact on traffic congestion once the scheme is implemented. We therefore insisted that the road returns to two lanes each side at sufficient distance before the roundabouts at either end."

Installing the scheme required removing the old road markings, painting new markings, and building the access points for three crossings. This work, which took place over the last three weeks, required coning off the road to protect the workers, and this is created temporary traffic disruption.

A petition has requested that the implementation be stopped and that the scheme be tested once traffic increases in September and beyond with the return of schools and hopefully businesses returning to some sort of normal. We therefore agreed to a pause in the works, commencing on Saturday August 22nd (although hatching along the central reservations will take place overnight until Thursday 27th). This trial should conclusively prove whether the scheme will result in increased congestion along the Esher Road or not.

Assuming that traffic flows are not disrupted, then the three pedestrian refuges will be installed and the scheme will still be continuously monitored.

If successful as planned, the scheme will deliver three pedestrian crossing points and improved cycling and road safety. The alternative is lengthy delay and uncertainty of funding one traffic light controlled pedestrian crossing which would either reduce the road to single lane each way or cause traffic to be stopped for a considerable period to enable people to cross four lanes when used.