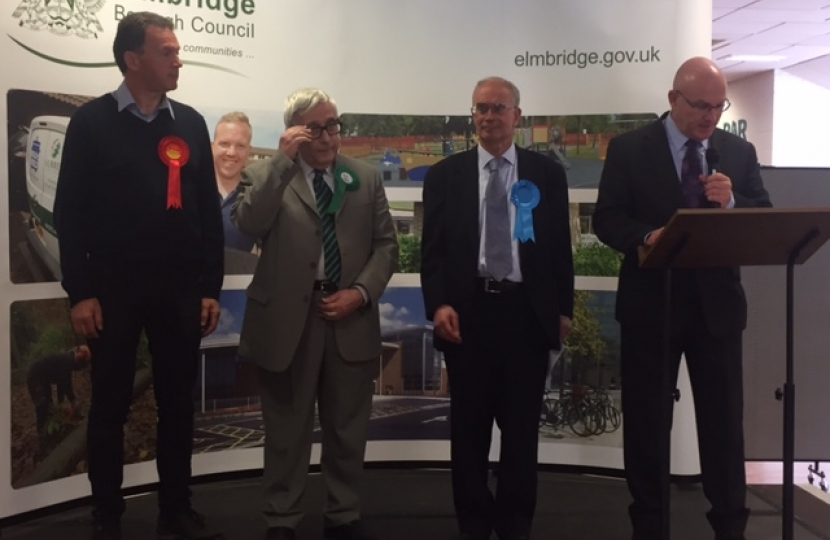 Elmbridge Conservatives would like to say a big thank you to voters who helped us achieve a great set of results at this year's Surrey County Council elections on 4 May.

Conservative candidates were elected in seven of the nine local seats and overall we won 61 of 81 seats on Surrey County Council. This is a net increase of three and gives us a mandate to continue to deliver a strong economy, excellent schools, more road repairs and care for our elderly residents. Residents know they can count on the Conservatives to stand-up for Surrey, including fighting for better funding.

A spokesman said: "Elections are a huge team effort and we would like to thank all our deliverers, canvassers, those who displayed posters or helped to take our positive message to the voters - and especially a thank you to everyone who cast their vote for us. We are truly humbled but ready to get to work for residents."

In Cobham division, Cllr Mary Lewis was elected to a second term with 67.4% of the vote, and Rachael Lake and Tony Samuels were comfortably returned in Walton and Walton South & Oatlands respectively, in Rachael's case with the largest majority of a Walton candidate in over 40 years.

Cllr Mike Bennison retained Hinchley Wood, Claygate and Oxshott for the Conservatives after a close fight with the Liberal Democrats. And in Weybridge Cllr Tim Oliver, the Conservative group leader on Elmbridge Council, finished comfortably ahead of the Lib Dems with 50.2% of the votes.

John O'Reilly put in a barn-storming performance in Hersham to win the seat by 2146 (54.5%) ahead of Roy Green of the Hersham Village Society on 981, and be elected to Surrey for the first time. While Peter Szanto won East Molesey & Esher back from eight years of Residents Association (RA) control, with a 946 majority.

In West Molesey and Dittons, two seats where the RAs hold big majorities, our candidates put in strong performances to increase the Conservative share of the vote. Steve Bax effected a 22% swing, polling nearly a thousand more votes than last time, and in Dittons, ex-Royal Navy officer Bruce Finch was a strong second with 1,001 votes.

For the full set of results, go here.