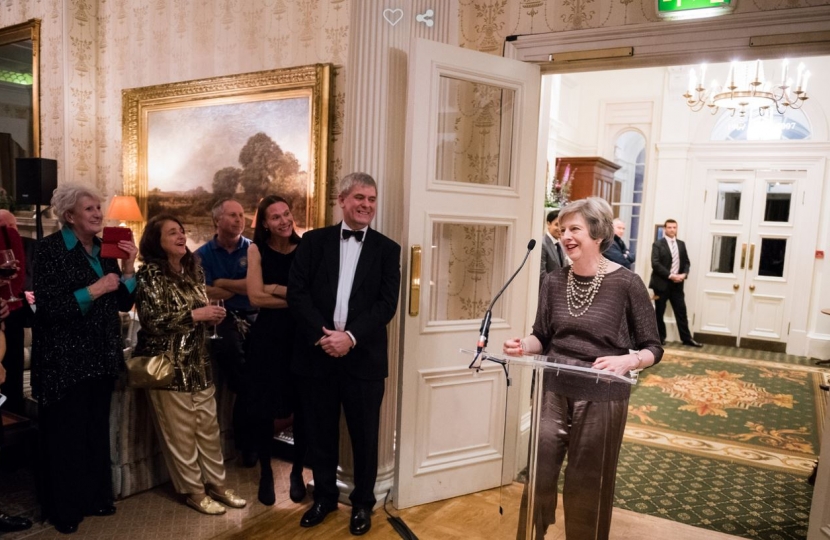 THE guest of honour at Esher & Walton Conservative Association's Christmas dinner on November 25 was none other than the Prime Minister herself.

The Rt Hon Theresa May MP had accepted an invitation to attend the event while still the Home Secretary, and the Association assumed that since she had become PM she would now be too busy to come to Elmbridge. However organiser and fundraiser, Olga Denyer BEM, was determined to try to get Mrs May to come.

Olga explained: "I was confident to believe that, after what I knew or heard about her, she would keep to her commitment if possible.  It took a little while before we had the confirmation that she would come provided there was no national or international crisis. It then took weeks to organise and to attend to all the details that relate to VIP visits. A visit from The Prime Minister is in a different league. Security arrangements alone make you shudder. It makes you realise that our politicians live a very dangerous life and need protection." 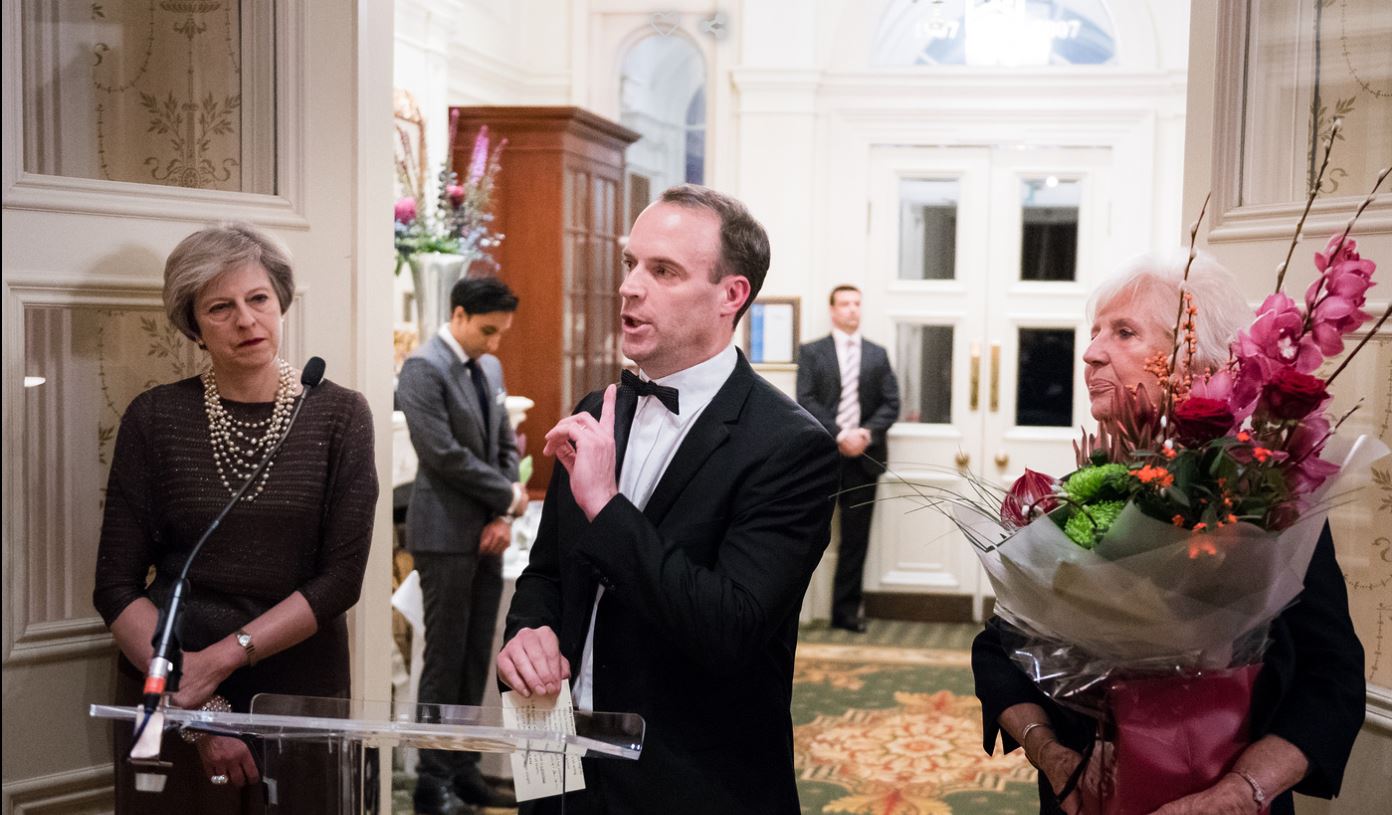 The black tie event was held at Burhill Golf Club in Hersham, with some 140 guests attending. Matthew Hazelden, Burhill’s General Manager welcomed the PM to the Club and thereafter Association President, David Lewis, Chairman John Caton, and Olga took her round and she spoke to the guests.

Olga added: "Friday night’s Annual Dinner was the absolute highlight in the Association’s social calendar since it was formed in 1997. Never has a sitting PM visited the Association. This event was an excellent opportunity, an enormous challenge, but above all an incredible honour and privilege to organise. She appeared extremely relaxed and established direct contact with people. It says a lot for the integrity and loyalty of this lady having stood by her commitment. She understands and respects the voluntary party, having been herself a volunteer so many years before entering professional politics.

"In her speech, she once again re-iterated that Brexit means Brexit, meaning we are leaving the EU. She wishes to fulfil the wish of the people. She knows the going will be rough, but is committed to an amicable exit from the EU. She will do everything to obtain the best deal for the people of this country. She believes the UK will become once again an outward looking country embracing the world, rather than being constrained by the shackles of the EU and we, the Conservatives must go out and bring a positive message to our electors. She is determined to change the country into a fair society where, whatever your background, colour, and creed you can make a success of your life."

Dominic Raab, Member of Parliament for Esher & Walton gave a generous and complimentary Vote of Thanks to the Prime Minister and thanked Olga and her committee for organising such a memorable evening. Photos from the evening are available to buy (with a percentage going to EWCA), go here http://andrewdawsonphotography.co.uk/clients.html and type in Burhill 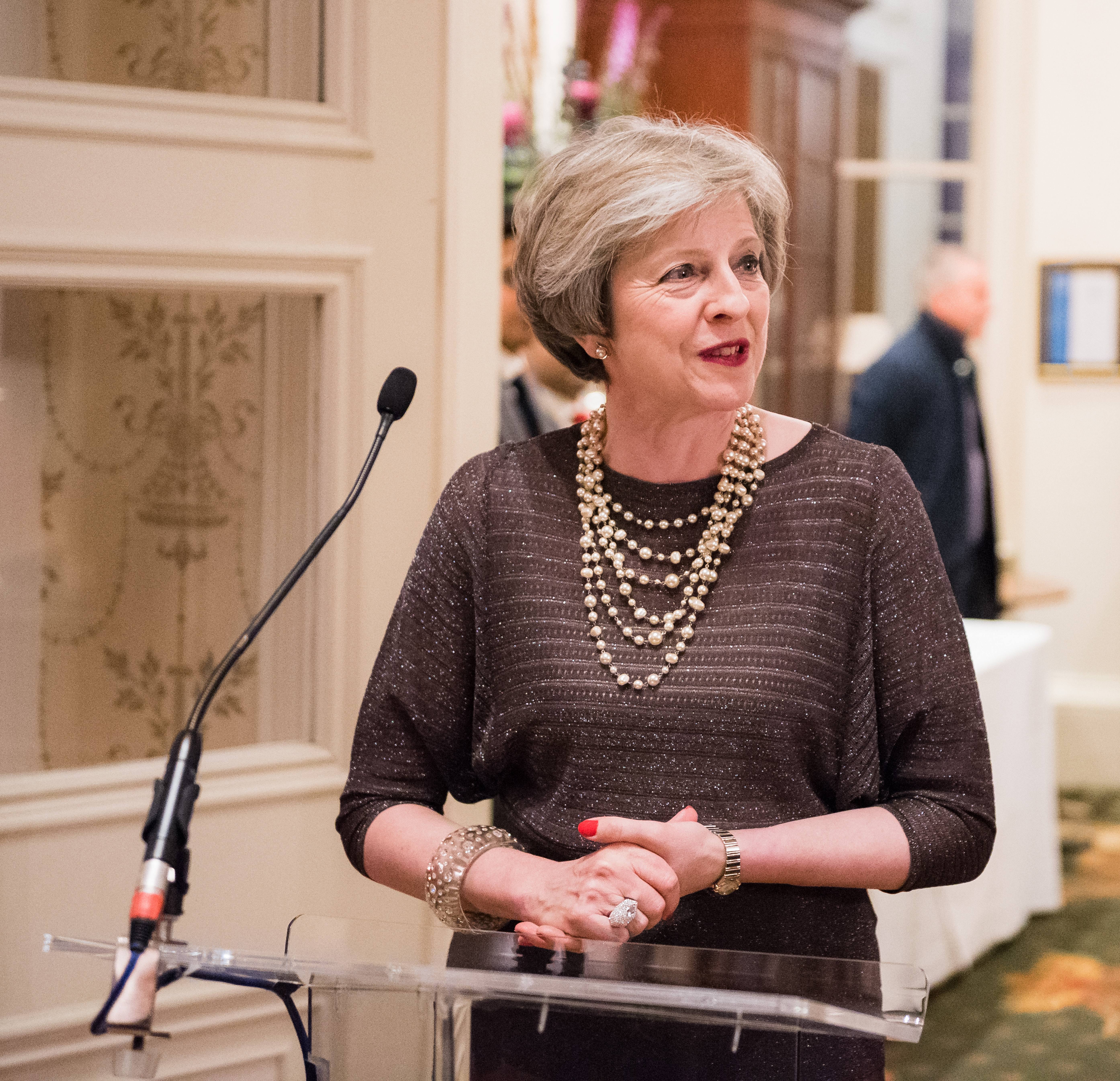