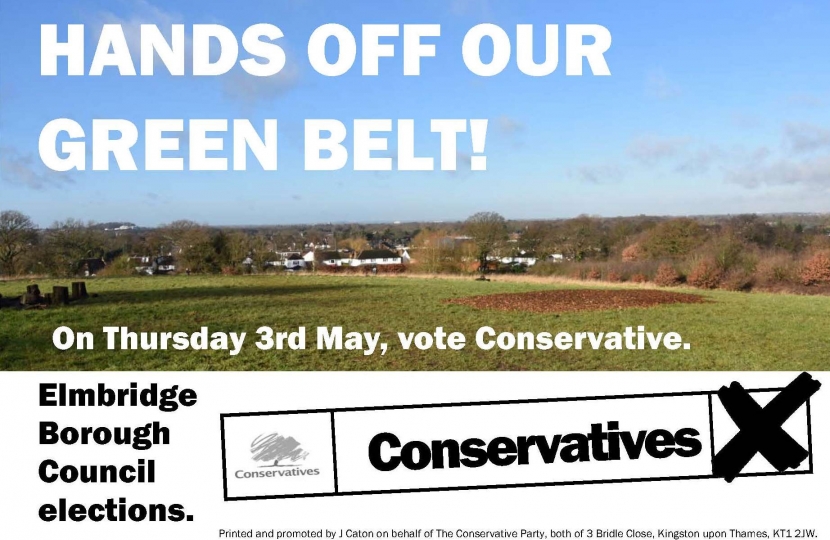 The Liberal Democrats maliciously complained about our manifesto which correctly stated that "We opposed the RA/Lib Dem coalition administration’s proposal to build over 5,000 houses on our Green Belt".

Despite being informed over a week ago that there was no case to answer, they continue to publish material asserting we are being  investigated by the police for grossly misleading electors. This is simply untrue.

The Elmbridge Cabinet minutes (pages 15 & 16) from the Cabinet meeting held on 16 November 2016 clearly show, as a matter of public record, that the Lib Dem/RA Cabinet decided that the three areas of Greenbelt were the place to meet Elmbridge's housing needs.

Our opponents also assert that Conservatives voted for this. This is also simply not true.