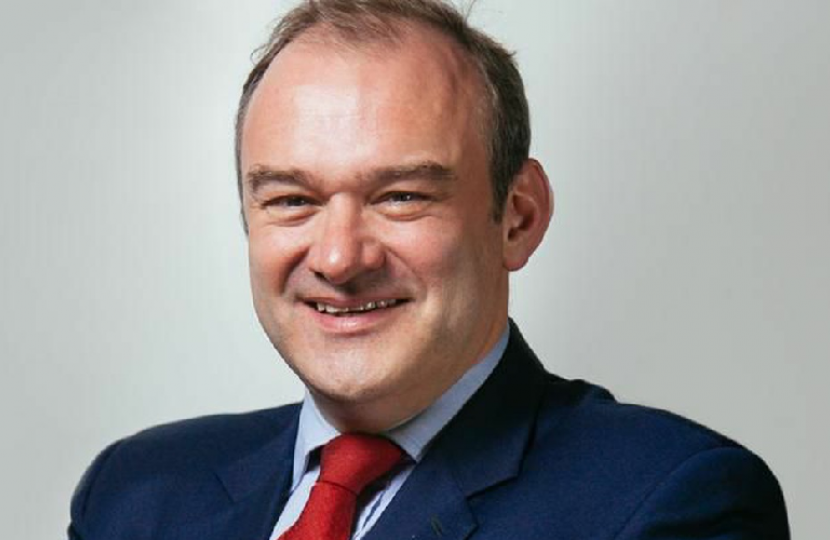 Anyone wondering whether the Liberal Democrats can be trusted to make good decisions for Elmbridge or Surrey need only to look at the poor judgement of their leader Ed Davey.

The Kingston-Upon-Thames MP was highly critical of the Conservative government for not joining the EU vaccination plan. Not surprisingly he doesn't say much about that now.

And, following the vigil in Clapham for Sarah Everard, Mr Davey jumped on the bandwagon of those condemning the police. He even wrote an open letter calling for the resignation of the Metropolitan Police Commissioner Cressida Dick, before any of the facts had come to light.

On 30 March Her Majesty's Inspectorate of Constabulary Fire and Rescue Services reviewed the incident and said: "Condemnation of the Met’s actions within mere hours of the vigil – including from people in positions of responsibility – was unwarranted, showed a lack of respect for public servants facing a complex situation, and undermined public confidence in policing based on very limited evidence." Ouch.

Ken Marsh, Chairman of the Met Police Federation, said "knee-jerk commentary" from politicians had made the "already difficult job of police officers in London harder and more dangerous". He added: "We now call on these politicians to make themselves accountable and to apologise to our hard-working colleagues for the damage they have done."

Since becoming Lib Dem leader last August (almost by default given how thin the field was) Mr Davey has barely moved the dial. His party is currently languishing at 7% in national polls.

Please sign our petition here to make sure the right decision is taken by the Council and Elmbridge Conservative’s campaign to improve animal welfare protections across Elmbridge are adopted.