Claygate's Mike Bennison to fix even more potholes if re-elected 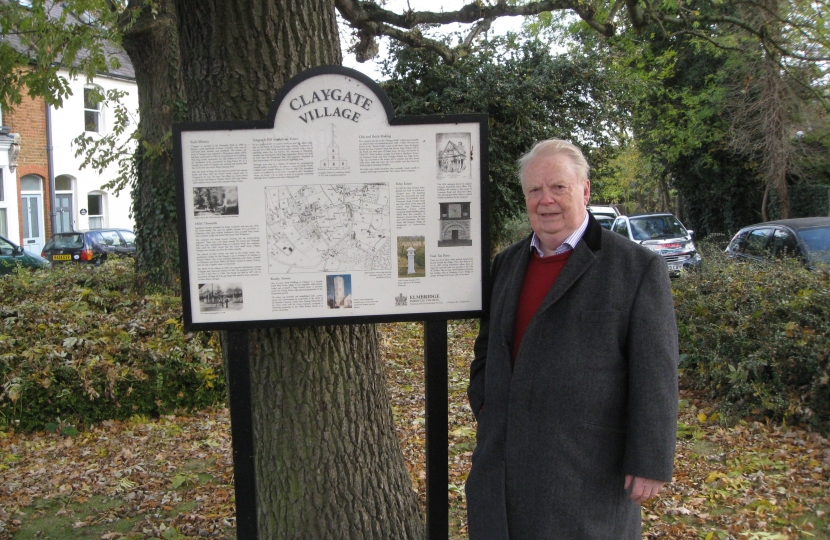 Residents often list potholes as their number one bugbear, and in County Councillor Mike Bennison they have a representative with a proven record of tackling the issue.

Mike is standing for re-election as the Conservative county councillor for Hinchley Wood, Claygate and Oxshott on 4 May, having lived locally for most of his life. He can frequently be seen walking his division, talking to residents and noting points for action, and he chases up the council to get things done. He doesn't give up easily.

After a high flying career as a British Airways senior captain, Mike threw himself into public service and has been a county councillor since 2005 as well as a borough councillor. This dual role gives him in-depth knowledge and experience of how both councils work. He is also a former Mayor of Elmbridge.

Mike has been Chairman and is now Vice-Chairman of the Surrey County Council/Elmbridge Local Committee. He has forged a strong, consultative working relationship between county and borough. For example, he initiated the Local Committee providing £40,000 funding towards the Elmbridge Street Smart team, to enable quick clean-up of streets, pavements and litter.

Mike says: “I have made sure that potholes and road surface problems have been brought quickly to the attention of SCC Highways, and pressed vigorously for early action. If elected I will continue to do so. I have vigorously defended our environment against inappropriate development, and backed improvement projects. I helped start and fund Claygate in Bloom, where a superb team of residents won silver & silver gilt. I have used my funding allocations to support local causes – helping the elderly and vulnerable, local schools and youth organisations.

“I work closely with the police, Claygate's parish council, and my fellow borough and county councillors to help improve our environment and facilities. I am well known across the division as an approachable councillor who listens, responds promptly, gives good advice and gets things done for residents.”