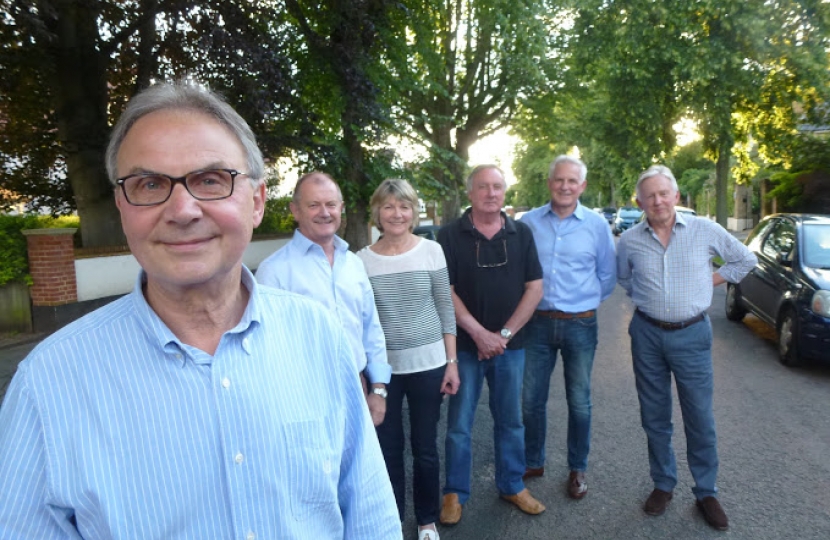 Local residents and retailers in streets close to Hampton Court Station have been demanding action for several years to tackle the issue of commuters parking all day in residential streets, reducing the availability of short term parking. A one hour residents-only restriction would ensure commuters would have to use the station car park and would free up spaces for residents and their guests and people using the local shops, cafes and restaurants.

Former Molesey Conservative councillors Steve Bax and Peter Szanto worked with road leads in each street to raise petitions designed to address immediate problems and any displacement. In total 82% of households (352) and 88% retailers (52) backed the proposals and there was fury when, in October, they were rejected out of hand by two Molesey Residents Association county councillors - the MRA having previously stated on record its opposition to residents' parking in those roads.

Dr Szanto, having defeated the MRA candidate in May to become the new Conservative East Molesey county councillor, set about trying to reverse the decision at the last Elmbridge Local Committee meeting on 26 June. He proposed a motion noting that the reasons for omitting the one hour restriction from the last review were not valid and should be reassessed. Councillors were generally in favour of looking at this again, provided that there is an independent review by officers of all the data and the displacement issues.

Dr Szanto's remarks and motion are below.

“That the Committee agrees to reassess the proposal for a one hour resident’s restriction in roads near Hampton Court Station, to deal with the current displacement of all day commuter parking in these roads, instead of the station car park, as residents and traders feel the proposals they submitted at the time of the review were not given the due consideration they merited. That a report be brought, outlining options, to a future meeting of the Committee.  The Committee agrees to defer the advertisement of any of the proposed changes which may be impacted by this reassessment in East Molesey on-street parking restrictions arising from the Moleseys and Dittons parking review agreed by the Committee in October 2016, until such time as it is confirmed they are not impacted.