Conservatives call for Portfolio Holder to quit over bins debacle 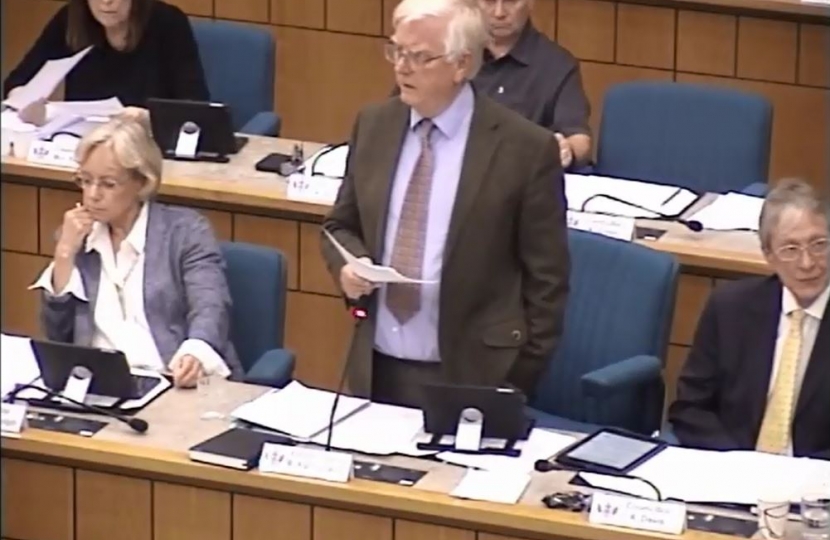 The Elmbridge Conservative group has called for the Cabinet member who has presided over weeks of shambolic missed bin collections in the borough to resign.

Amey took over as the council's new waste contractor in early June on a 10 year agreement to collect the recycling, food, refuse and garden waste for Elmbridge and three other boroughs - Woking, Surrey Heath and Mole Valley. It has got off to a poor start with thousands of households experiencing disruptions to their service, including bins going un-emptied.

Councillor Barry Fairbank, the Liberal Democrat Environment Portfolio Holder, initially blamed 'teething trouble' for the issues, but has kept a disgracefully low profile as the crisis has deepened, not even troubling himself to meet the contractor in the last six weeks. Despite this he is refusing to resign or take responsibility.

At July's Full Council meeting, Conservative environment spokesman, Cllr Glenn Dearlove, asked if Cllr Fairbank accepted that he personally owes residents "an unreserved apology”. The Portfolio Holder said that, as the contract is administered via a third party, they are accountable, along with the contractor, but not him. Amazingly he could not even recall the name of the intermediary organisation until prompted by embarrassed-looking colleagues that it was Joint Waste Solutions (JWS).

Conservative Deputy Leader, Cllr James Browne (pictured), challenged Cllr Fairbank to step down over his handling of the new waste contracts introduction. “Our residents pay their council tax in the expectation that they will receive the highest quality service,” he said. “But the service they have received from Amey and those running this contract has been abysmal. I have heard nothing this evening other than ‘it is someone else’s fault’ and therefore to recognise the total lack of confidence our residents now have in the waste collection service. Will Councillor Fairbank accept that he is accountable and will he now resign as Portfolio Holder?”

Cllr Fairbank's response? “I won’t accept responsibility for this. I’ve already explained why not. I’m sorry I won’t resign.” He dismisses Conservative criticism as politics, but as Cllr Tim Oliver, Leader of the Conservative Group, reminded him: "This is about thousands upon thousands of our residents that have been disrupted by this abysmal service."

Cllr Oliver, in his role as Chairman of Overview and Scrutiny, has challenged Amey over its plans to improve the service and confirmed that the contractor will be invited to appear before the O&S Committee again at the earliest opportunity, as will Portfolio Holder Cllr Fairbank. In the meantime residents can report missed collections via Elmbridge Council’s website.

Click on the photo above to be directed to the video of Cllr Browne calling for Cllr Fairbank to resign, and for the response.