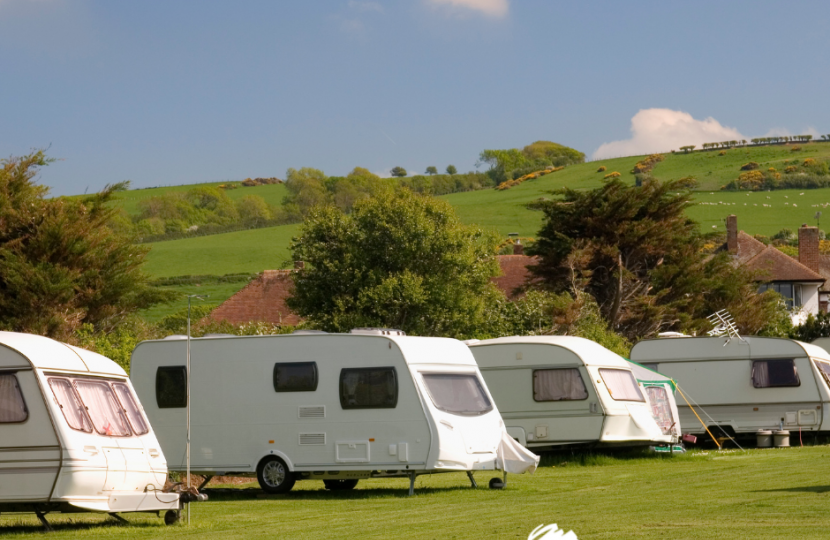 Surrey County Council’s Cabinet has formally approved the expansion of Pendell Camp in Merstham to accommodate a transit site for 10 pitches – and councillors agreed to spend £1.2m of capital funds on the project, including cleaning-up the site.

Once transit site facilities are established, Surrey Police will be able to use powers under the Criminal Justice and Public Order Act 1994 to direct an unauthorised camp to the transit site. Once there, occupants will be able to stay for up to three months and will pay a rent.

Cllr Tim Oliver, Leader of the Council, explained: “What we have seen, particularly over the last couple of summers, is a significant increase in the number of encampments from the travelling community. Police have limited powers without a transit site.

“Surrey County Council has no obligation to provide a transit site or housing – this is the responsibility of the District and Boroughs – but in the spirit of partnership and addressing what has on a number of occasions been an issue for our residents, it seems entirely the right thing to do.”

Conservative-led Surrey is keen to work with the Gypsy Roma Traveller community to build on the positive work that has already been done, for example around vaccinations, and as part of the Council’s 2030 vision of ‘no-one left behind’.

Cllr Becky Rush, Surrey Cabinet Member for Finance and Resources, added: “Dealing with the unauthorised encampments is a very costly business for local authorities and for residents when their private land is affected. As an indication, the cost of incursions to Surrey County Council in the last financial year was approximately £130,000, plus four officers spend about 35% of their time working on this issue.

“There are also court applications, injunctions, police time and clean up, at approximately £30k per incursion. Additionally, there is the expense of protecting land through ditches, bunds and bollards, all borne by the landowner. The transit site will have a short payback period and will be a great benefit to the councils of dealing with these issues.”

Surrey’s District and Borough Councils and other funding contributions will cover the remaining £1.4m costs. It is hoped the site can be operational in around 12 months.