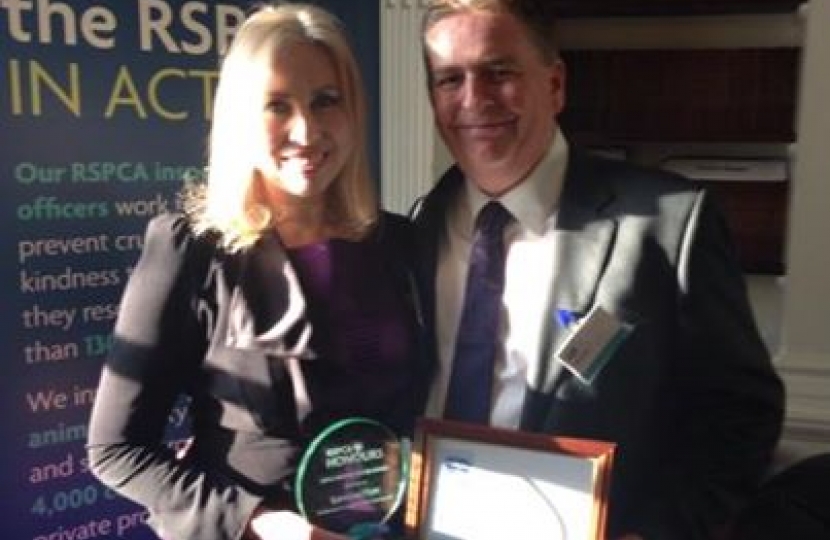 Chris Platt, President of the Esher & Walton Constituency Association attended the RSPCA's Honours ceremony in Whitehall, London on Saturday 1 March 2014 where his wife Lorraine was awarded the Lord Erskine Silver Award one of the RSPCA 's highest accolades.
The citation to Lorraine reads  "In recognition of her very important contribution in the field of animal welfare.”

Lorraine, from Thames Ditton, works within the Conservative Party as the Founder of Conservatives Against Fox Hunting of which our local MP, Dominic Raab, is a Patron.