Council must 'get a grip' of missed bin collections 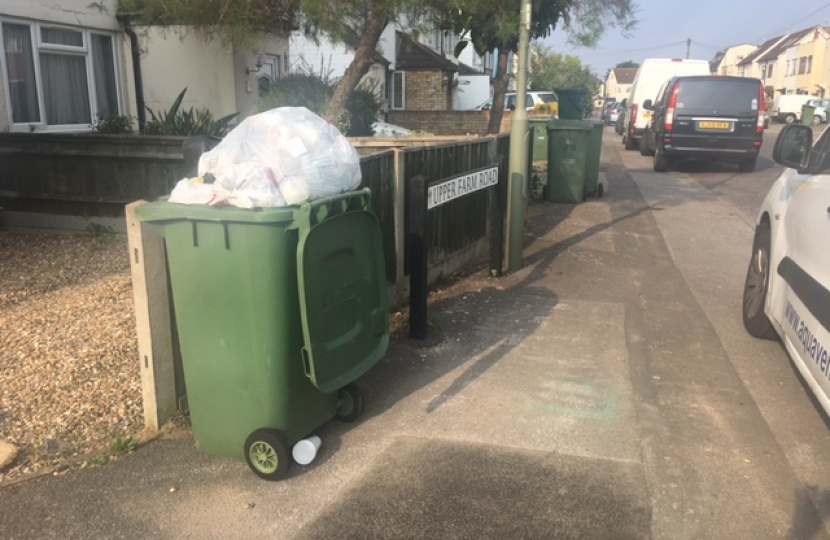 Elmbridge Conservatives are demanding that the council gets a grip on the current appalling situation of missed refuse collections.

Bins have been going un-emptied across the borough since a new waste contractor, Amey, took over responsibility for household refuse, recycling, garden and food waste collections in early June.

Whilst Elmbridge Council officers have been bearing the brunt of residents’ fury, nobody from the Residents Association and Liberal Democrat Cabinet has ventured above the parapet.

Conservative group leader, Cllr Tim Oliver, is clear that the current service failings smacks of poor forward planning by Amey and a failure of the RA/LD Council to hold the contractor to account.

He added: "Any change of contractor delivering a front line service to our residents needs to build in significant extra capacity for the first few weeks and months of the contract to ensure the seamless transition of the service. They should have brought in extra crews, extra vehicles and a hit squad team to pick up any failures on that day and not just leave the public with un-emptied bins particularly in this hot spell. Our residents deserve better.”

Elmbridge Council’s chief executive, Robert Moran, was forced to apologise to residents for the ongoing difficulties associated with the start of the new waste contract.  “This is not the service you or we expect and it is wholly unacceptable,” he said. The council is working with Amey to focus on clearing the backlog and Mr Moran said he was confident that the contractor will be able to meet the high standards required of it.

Residents have complained of uncollected waste during the chaotic first few weeks of the 10 year contract between Amey and three other boroughs – Woking, Mole Valley and Surrey Heath - which unhappily has coincided with the recent hot weather.

We encourage residents to report a missed bin collection to their council via this link.

Waste collection is a critical and highly visible service to residents and the Conservative group feels the RA/Lib Dem administration has had a year to make the necessary preparations for this change in contractor and must now work swiftly to resolve lingering issues and apologise to residents.