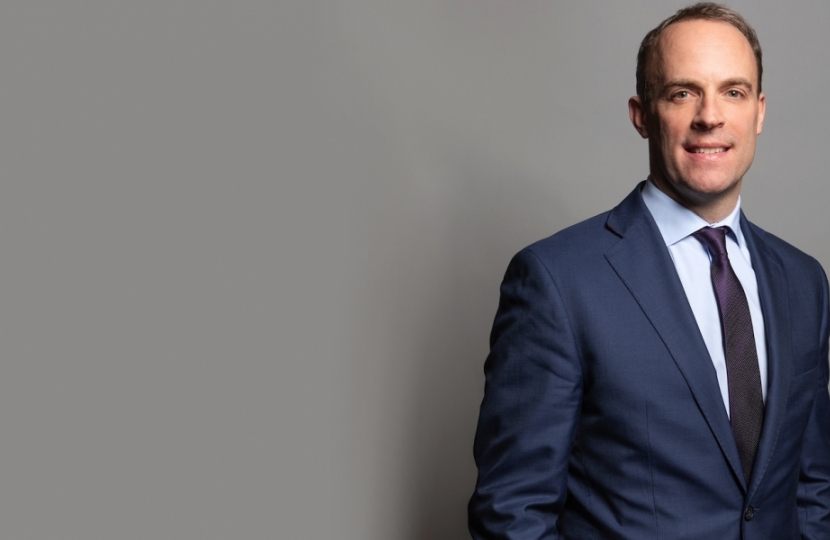 Dominic Raab MP has welcomed the government’s announcement that it will not proceed with proposals to introduce a higher housing target in Elmbridge.

Over the summer, the Ministry of Housing, Communities and Local Government (MHCLG) proposed changes to a key formula which determines local authorities’ ‘local housing need’. The changes would have increased Elmbridge’s annual housing figure from 623 to 774.

Dominic consistently made the case against the changes in his response to MHCLG’s consultation. On 16 December, MHCLG announced that the proposed changes will not be taken forward.

Dominic said: "This is good news for Elmbridge and will be welcomed by local residents. The Ministry for Housing, Communities and Local Government listened to the local concerns I submitted as constituency MP, and have now decided not to raise our housing numbers target. There is still more to do to protect Elmbridge from the wrong kind of development, particularly because our local Green Belt is under threat from the Liberal Democrat / Residents Association coalition running the council. I hope they will now rule out the option for Green Belt development set out in the proposals they put out to consultation.”

Cllr James Browne, who leads the Conservative group at Elmbridge Borough Council, added: "I am delighted that the MHCLG have listened to our local concerns about the damaging effect of their algorithm here in Elmbridge. I and my colleagues have worked tirelessly together with Dom Raab to make our case over the past few months. It just goes to show how a strong Conservative team working together can deliver a great result for the people of Elmbridge."

The MHCLG published proposals to reform the standard method for calculating local housing need in August, in the consultation called 'Changes to the current planning system'. The consultation closed on 1 October.

Watch Cllr James Browne warning about the threat to the Elmbridge greenbelt.