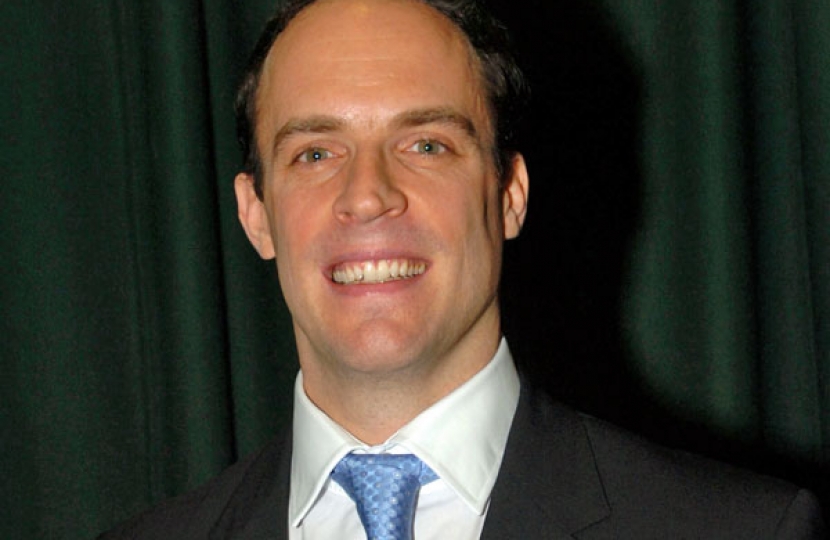 Esher and Walton Conservatives have selected Dominic Raab to be the party's candidate at the next general election in 2015.

Dominic has been the constituency MP since 2010 and was the overwhelming choice of party members at a meeting of the Esher & Walton Conservative Association Executive Council on Monday night (9th December).

Prior to the ballot, the MP spoke about causes he has been involved in at Westminster and in the constituency over the last three years, and warned against complacency - insisting that the support of the public could not be taken for granted and every vote must be earned.

Speaking afterwards, Dominic said: "I am delighted to have been re-adopted as the Conservative candidate for Esher and Walton at the next election. I feel I have covered a lot of ground locally since 2010, supporting local businesses, championing community initiatives, and fearlessly representing our constituency in Westminster.

"I am also pressing various national campaigns – from the need to cut business red-tape, to the case for human rights reform. And, there’s still a lot more I want to do locally and in Parliament. So, I'm thrilled and grateful to have the chance to take those ideas and energy into the next general election as the Conservative candidate."

Dominic, 39, lives locally in Thames Ditton with his wife Erika and son Peter. He is a former international lawyer who headed a team in the Hague focused on bringing war criminals to justice, and was named Newcomer of the Year by The Spectator after his first year in Parliament.

As well as holding public meetings around in the consituency every six months, Dominic also keeps constituents informed about his activities with a monthly e-bulletin. To sign up for it go here