Elmbridge Administration in a hole over the budget - and still digging! 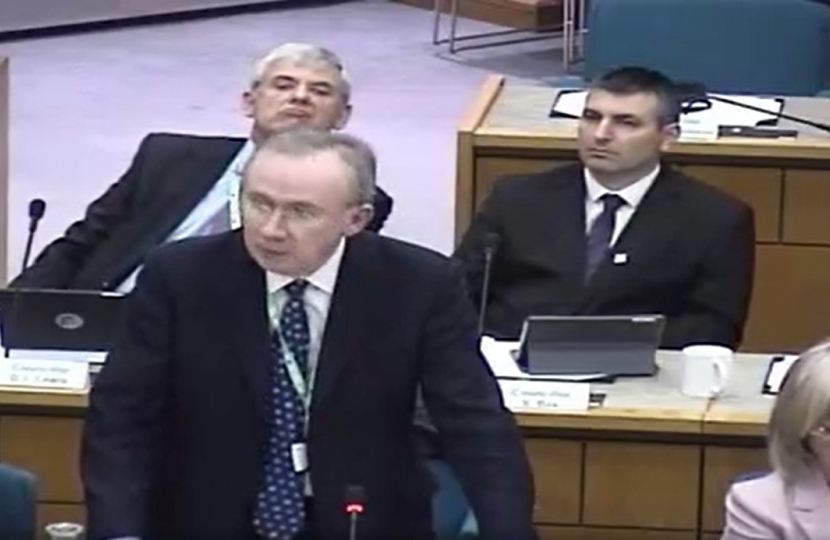 Elmbridge Council is not safe in the hands under its current Administration of seven resident association parties and the Liberal Democrats, say the Conservatives.

At Full Council on Wednesday 26 February the Administration presented a budget for 2020/21 in which expenditure exceeds income by around £1m and the shortfall is made up by drawing down on the Council’s reserves – a complete failure of leadership.

Conservative group leader, Councillor James Browne, comments: “In the longer term this Council faces a £5m funding shortfall in the next four years. The Administration showed last night that they have no plan and no strategy as to how they are going to get to grips with this. We asked them to commit to a complete review of all our fees, charges and services and they refused.”

The Portfolio Holder for Resources, Councillor Chris Sadler, has already acknowledged in Cabinet that the Council must find savings or revenue increases of 10-15% of the annual budget.

James added: “In light of that it was frankly perverse of him not to support our budget amendment and worse than that, he should have proposed it himself. We need a commitment now to address the financial difficulties on the horizon – it’s not good enough for this Administration to say they are waiting to see how the government will fund councils in years to come. The key point to realise is that the government is not going to write us a blank cheque – if they give us more money they will most likely require us to carry out further services as well.”

If the Conservatives form the Administration after the May elections we will support the Council’s Performance and Finance working group to scrutinise spending. Every Conservative cabinet member will be required to sit down with their relevant Head of Department to justify every penny of spending and offer up ways in which services could be carried out differently or fees and charges can be changed to help address the shortfall.

As our Shadow Cabinet Member for Resources, Councillor Ruth Mitchell, said: “The Administration should have taken firm and decisive action last year to undertake a root and branch review of our finances. This was not done, and it is too late for this budget. They are in a hole, still digging and have no plans to get out of it.”

Legally, the Council must pass a budget, therefore Conservative councillors supported the Administration at the vote, albeit reluctantly, after our motion for a review of spending was rejected by RA and Lib Dem councillors. Our intention is to win the May election where we can begin the essential work of putting the Council’s finances back on to a stable footing.