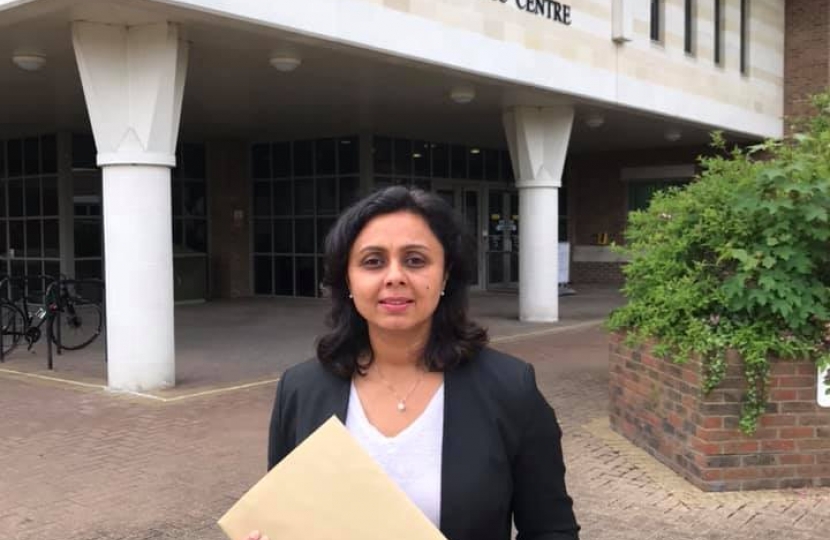 The administration initially cited Covid as a reason for keeping the popular pools at Churchfields and Oatlands recreation grounds closed this year, but is reconsidering after Charu started a Change.org petition that quickly attracted over 1,400 signatures. It also made front page news in the Surrey Advertiser local newspaper.

Charu, who is our Shadow Cabinet Member for Social Affairs, said: "The number of people who have signed this shows just how much children need this facility locally. The pools are even more vital this year as so many families will be unable to take holidays and face spending the summer at home. I can feel it myself, as a mother of three, I feel the parents' pain. Especially those living in apartments, they need this, and there's a charge for the tennis courts."

Last Friday, the Council's Head of Leisure and Culture, joined by the RA Portfolio Holder Cllr Janet Turner, held a briefing for councillors to explain the decision. It became clear that the decision had been taken many months ago with no consultation with residents or ward councillors, meaning no preparations had been done for reopening.

Following that meeting, a statement appeared on the Elmbridge website promising to "reassess the processes" but adding "we cannot promise that this review will lead to the reopening of the paddling pools".

If you haven't signed the petition yet, please do so here: http://chng.it/fKmXRX2C2G